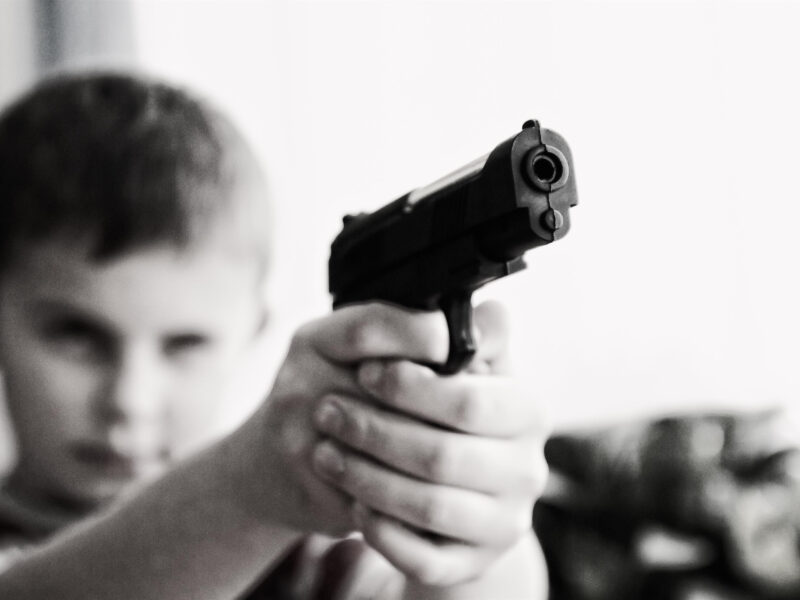 Gun violence has been increasing in the United States to the point where it kills more children than any other cause. Pediatricians might not be fully prepared.

Although health care professionals are trained to recognize and treat many public crises including the opioid crisis and the COVID-19 pandemic and the obesity crisis as well, violence involving firearms is not always seen through this lens.

A analysis of most recent data from the CDC revealed that firearm injuries are now a leading cause of death for children younger than 19. The racial gap between white and black youth is increasing. This article was published in the Pediatrics journal. It calls on physicians and other health care professionals to recognize this as a public health problem and help to find solutions.

Annie Andrews M.D. is a pediatrician who also serves as an assistant professor of pediatrics at the MUSC. She led the charge for the creation of the most current statistics regarding firearm-related deaths and injuries to help set the stage to pursue evidence-based solutions.

Andrews stated, “When I became a pediatrician, I never thought that I would care for so many children who had been shot. It’s not something that you think about when you consider what a pediatrician does, but as a hospital-based doctor for the past 12 years I’ve seen it happen again and again. And I started to get really worried about this.”

Andrews stated, “One of the really striking things that we were able to highlight was the health inequities embedded in pediatric firearm injury. We’re reporting here that it became the number one cause of death for children in 2019, but for decades it’s already been the leading cause of death for black children in this country.”

The study shows that the gap has increased since 2013. This is an important finding for anyone who works to develop preventative policies and interventions.

Andrews says that a multi-pronged approach is necessary to manage a complex and systemic crisis. From a health care perspective, two types of programs are most promising: hospital-based violence intervention and secure gun storage counseling. Andrews and her team suggest that all medical students should receive professional guidance regarding gun violence, not only those who are trained in emergency medicine.

Andrews stated that trauma surgeons are taught how to treat victims of gun violence. “But I didn’t learn any about how to prevent these injuries in my pediatrician training. Or how to talk to families culturally sensitively about gun ownership.

Researchers look at gun violence data in three ways. They look at unintentional injuries (homicide), suicide, and a variety of solutions. Secure firearm storage can reduce the likelihood of each.

Andrews encourages parents to store guns in secure storage. This will keep them safe from accidental gunshots.

A safe storage system can help prevent teenagers from taking impulsive steps after a difficult time at school, or a breakup. Andrews says that these children will be more likely to survive if they don’t have the means to pay for their impulses.

Support for hospitals and grassroots engagement

Hospital-based violence intervention programs are a way for health professionals to address gun violence in the community. There are many examples that have been successful. States and cities across the country have implemented evidence-based programs that combine health care resources, law enforcement support, and local communities at street block and neighborhood levels to prevent violence and de-escalate situations to avoid retaliatory or repeat violence.

MUSC and many grassroots organizations have partnered in Charleston to create Turning The Tide, a hospital-based program. Ashley Hink is a trauma surgeon at the MUSC who serves as the medical director for Turning the Tide. She stressed the importance of partnerships in her description of the program.

She said, ““With our program we can work with our pediatrics and emergency medicine colleagues to identify teenagers that are at very high risk of violence. And we can then offer interventions and support through a host of local resources.”

She cites violence interruption as an important part of the program’s strategy. When they receive a call from the hospital or police indicating that there has been a violent incident in their area, trained community members are able to respond on-site. They visit the area to encourage people not to escalate violence or retaliate. These programs are effective, but they require sufficient funding. This has been a problem in some areas.

Andrews urges all health care professionals and doctors to recognize that gun violence is a serious public health problem. She stated that it was important to ask ourselves how we can prevent the daily injuries. “We need to critically ask ourselves what we can do to prevent these injuries that happen every day. And once an injury has occurred, we need to figure out what we can do to prevent patients from getting harmed again in the future.”

MUSC has been working with parents to address gun violence by offering safe gun storage options and safety locks during well-child checks. This effort has been very well received. The hospital’s culture has evolved to include training for parents on pediatric firearm injuries and active participation in the Turning the Tide Program.

It is difficult to reverse gun violence against children. However, Andrews and Hink believe that there will be local, state and national changes in the future.