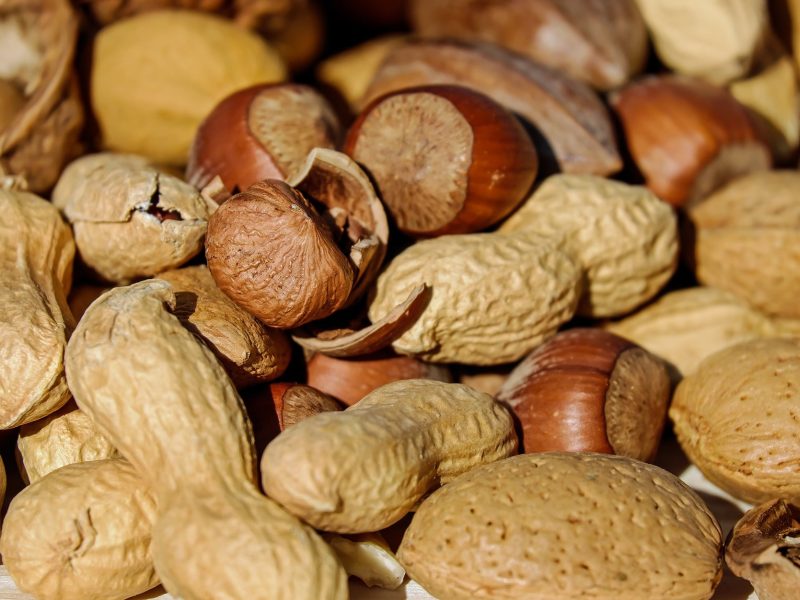 A large analysis of current research shows that people who eat at least 20g of nuts a day have a lower risk of heart disease, cancer and other diseases.

The analysis of all current studies on nut consumption and disease risk has revealed that 20g nuts a day – equivalent to a handful – can cut people’s risk of coronary heart disease by nearly 30 percent, their risk of cancer by 15 percent, and their risk of premature death by 22 percent.

An average of at least 20g of nuts a day was also associated with a reduced risk of dying from respiratory disease by about a half, and diabetes by nearly 40 percent, although the researchers note that there is less data about these diseases in relation to nut consumption.

The study, led by researchers from Imperial College London and the Norwegian University of Science and Technology, is published in the journal BMC Medicine.

The research team analysed 29 published studies from around the world that involved up to 819,000 participants, including more than 12,000 cases of coronary heart disease, 9,000 cases of stroke, 18,000 cases of cardiovascular disease and cancer, and more than 85,000 deaths.

While there was some variation between the populations that were studied, such as between men and women, people living in different regions, or people with different risk factors, the researchers found that consumption of nuts a day was associated with a reduction in disease risk across most of them.

Study co-author Dagfinn Aune from the School of Public Health at Imperial said: “In nutritional studies, so far much of the research has been on the big killers such as heart diseases, stroke and cancer, but now we’re starting to see data for other diseases.”

“We found a consistent reduction in risk across many different diseases, which is a strong indication that there is a real underlying relationship between nut consumption and different health outcomes. It’s quite a substantial effect for such a small amount of food.”

The study included all kinds of nuts a day, such as hazel nuts and walnuts, and also peanuts – which are actually legumes. The results were in general similar whether total nut intake, tree nuts or peanuts were analyzed.

What makes nuts so potentially beneficial, said Aune, is their nutritional value: “Nuts and peanuts are high in fibre, magnesium, and polyunsaturated fats – nutrients that are beneficial for cutting cardiovascular disease risk and which can reduce cholesterol levels.”

“Some nuts, particularly walnuts and pecan nuts are also high in antioxidants, which can fight oxidative stress and possibly reduce cancer risk. Even though nuts are quite high in fat, they are also high in fibre and protein, and there is some evidence that suggests nuts might actually reduce your risk of obesity over time.”

The study also found that if people consumed on average more than 20g of nuts a day, there was little evidence of further improvement in health outcomes.

The team are now analyzing large published datasets for the effects of other recommended food groups, including fruits and vegetables, on a wider range of diseases.