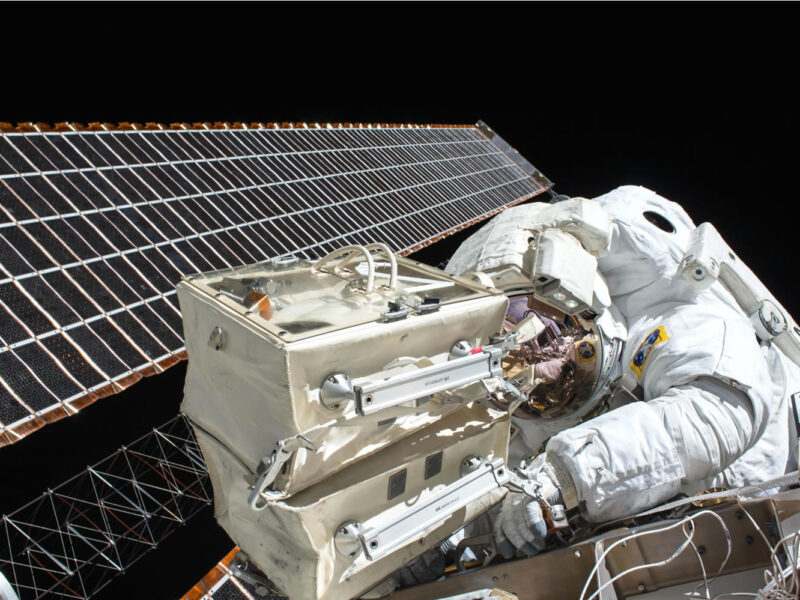 Frontiers in Neural Circuits published a new study that examines the changes in structural connectivity in brains after spaceflight over long durations. Results show significant microstructural modifications in several white matter tracts, such as the sensorimotor. This study will serve as a foundation for future research on brain changes that occur during human space exploration.

Our brains can adapt and change throughout our lives in terms of structure and function. Understanding the effects spaceflight has on our brains is essential as human exploration of space expands. Research has shown that spaceflight can alter the function and shape of adult brains.

A team of international researchers led by Dr Floris Wüyts of the University of Antwerp has been studying brains of astronauts through a joint project between Roscosmos and the European Space Agency (ESA).

Wuyts, along with his colleagues, have investigated for the first-time structural changes in brain after spaceflight at deep-brain white matter tracts.

“Fiber tractography gives a sort of wiring scheme of the brain.” Wuyts explained that this is the first study to use this method to detect brain changes after spaceflight.

Researchers found evidence of the concept of the ‘learned brain’, which is the amount of neuroplasticity required for spaceflight. Andrei Doroshin, Drexel University’s first author, said that he found changes in neural connections between motor areas of the brain.

These changes were still evident seven months after returning to Earth. The scans that followed up revealed this.

“From previous studies, we know that these motor areas show signs of adaptation after spaceflight. Now, we have a first indication that it is also reflected at the level of connections between those regions.”

The authors also offer a possible explanation for the anatomical brain shifts that were observed after spaceflight.

Wuyts explained that initially, we thought we had detected changes in the corpus callosum. This is the central highway linking both hemispheres. The corpus Callosum borders on the brain ventricles. This is a network of fluid-filled chambers that communicate with each other and expand due to spaceflight.

Wuyts stated that the structural changes found in the corpus Callosum were actually caused by dilation of ventricles, which induce anatomical shifts in adjacent neural tissue. We only see shape changes, where it was initially believed that structural changes were occurring in the brain. This changes the perspective of the findings.

Spaceflight research in the future

This study highlights the need to understand how spaceflight affects the body. Long-term research is needed on the effects of spaceflight on the brain. There are currently countermeasures for muscle and bone damage, such as the requirement to exercise for at least two hours per day. Future research could prove that countermeasures are needed for the brain.

“These findings give us additional pieces of the entire puzzle. Since this research is so pioneering, we don’t know how the whole puzzle will look yet. These results contribute to our overall understanding of what’s going on in the brains of space travelers. It is crucial to maintain this line of research, looking for spaceflight induced brain changes from different perspectives and using different techniques,” concluded Wuyts.