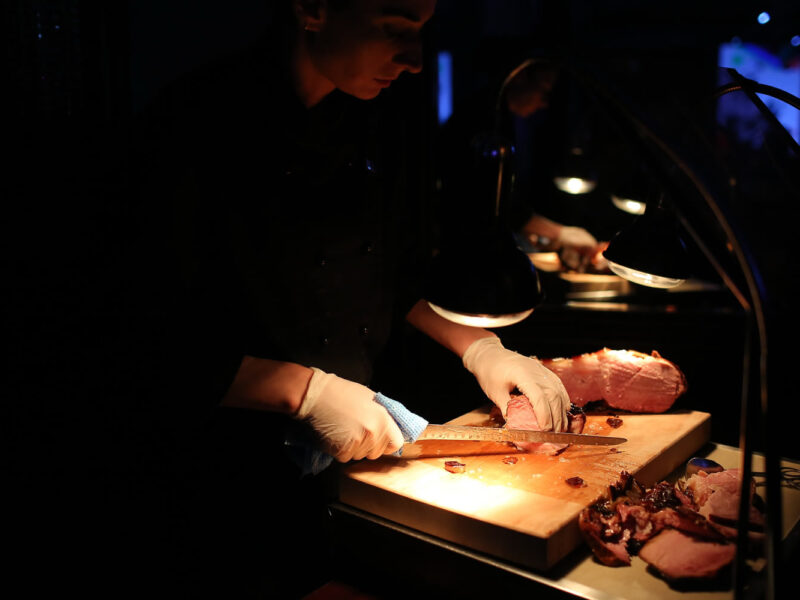 The Cleveland Clinic has released new information about how red meat consumption can increase the risk of developing heart disease. These findings are based on more than a decade’s research by Stanley Hazen, MD PhD, and were published in Nature Microbiology.

In a landmark study, Dr. Hazen discovered that a byproduct of gut bacteria‘s digestion of certain nutrients in red meat–called TMAO or trimethylamine N-oxide–increases your risk of developing heart disease and stroke.

These new findings provide a better understanding of the two-step process that gut microbes use to convert the nutrient carbnitine into TMAO. This is a blood clot-promoting molecule that promotes atherosclerosis and blood clot prevention.

Dr. Hazen published results in 2018 in the Journal of Clinical Investigation. This study showed that dietary carbitine can be converted to TMAO by a two-step and two-microbe process. An intermediary metabolite in this process is a molecule called gBB (gamma-butyrobetaine).

Dr. Hazen says that while multiple microbes can convert dietary carbitine to gBB and very few can turn the molecule into TMA, which is the precursor of TMAO, many gut microbes are capable of doing so. “In Omnivores, Emergencia Timonensisis primary human microbe that transforms gBB into TMA/TMAO. Long-term vegetarians or vegans, on the other hand, have low levels of this microbe and have little to no ability to convert carnitine to TMAO.

The researchers examined fecal samples from patients and mice to understand the relationship between gBB, and their observed outcomes in patients. They also studied preclinical models of arterial injuries and fecal samples from patients. The researchers found that E. timonensis completes carnitine’s transformation to TMAO, raises TMAO levels, and increases blot clot potency.

Researchers used sequencing technology to identify relevant gut microbial genes clusters. Based on its new function, the cluster was called gbu (gamma-butyrobetaine usage) gene cluster. It includes six genes. The researchers found that gBB increases the expression of six genes in the gbugene group. Additionally, four genes ( gbuA, gbuB and gbuE are crucial in the conversion from gBB to TMA/TMAO.

“By studying patient samples, we saw that the abundance of gbuA is significantly associated with a diet rich in red meat and plasma TMAO levels,” Dr. Hazen said. He is also the chair of the Department of Cardiovascular Disease & Metabolic Sciences, and a practicing physician. Patients who switched to a nonmeat diet showed lower levels of and gbuA in their guts. This suggests that dietary changes may be able to reduce the risk of developing cardiovascular disease from TMAO and diet. As a therapeutic target, it may be worthwhile to investigate the role of the gbu gene group.

Part of the studies were done in collaboration between Dr. Hazen’s group and Procter & Gamble. Jennifer Buffa, MS, Kymberleigh Romano, Ph.D., and Matthew Copeland, Ph.D. are the co-first authors of the study, which was partially supported by the National Heart, Lung & Blood Institute, the Leducq Foundation, and P&G.