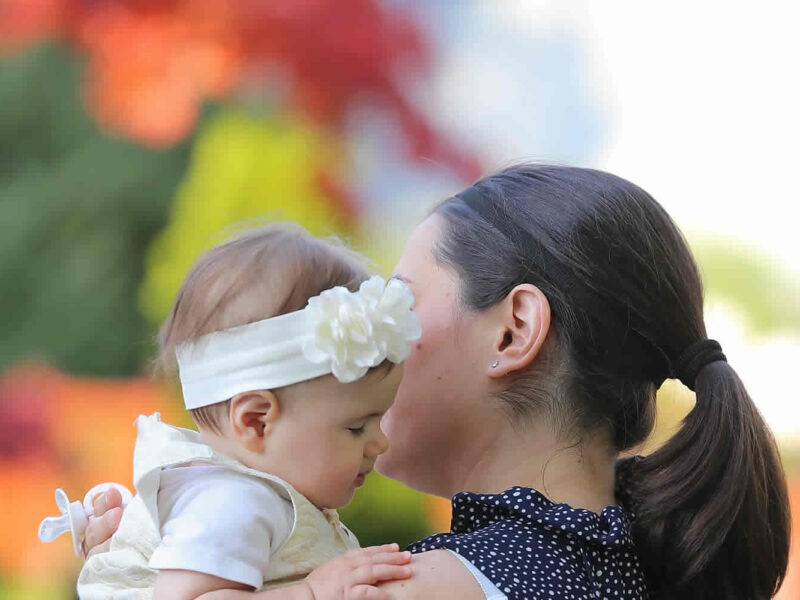 New research suggests that parents who baby talk to their infants may be teaching them how to produce speech.

Our instinctive language to babies — faster speed, higher pitch, exaggerated pronunciation — is not only appealing to them but also helps them understand what we are saying. The University of Florida has revealed that babies can learn how to speak by using baby talk. Researchers believe that babies learn to mimic the sound of smaller vocal tracts by mimicking how they should sound when speaking.

Matthew Masapollo, Ph.D., assistant professor in UF’s Department of Speech, Language and Hearing Sciences and director of the UF Laboratory for the Study of Cognition, Action and Perception of Speech in the College of Public Health and Health Professions, stated that “It seems to stimulate motor production of speech, not just the perception of speech.” It’s more than just “goo-goo ga-ga”

Researchers changed the frequency sounds to simulate an infant vocal tract and tested infants’ reactions. They wrote that six- to eight-month old babies showed a strong preference for speech with resonances that specified a vocal tract similar in size and length to theirs.

Although baby talk sounds simple, it is achieving a lot according to Linda Polka, Ph.D. from McGill University.

She said, “displayed a robust and distinct preference for speech with resonances specifying a vocal tract that is similar in size and length to their own.”

Parents are often discouraged from talking to babies with baby talk, but Masapollo’s and Polka’s research suggests that the patterns associated with this speaking style — called “infant directed speech” by scientists — may be an important component of helping babies learn words.

The paper, “Setting the stage for speech production: Infants prefer listening to speech sounds with infant vocal resonances,” appeared in the Journal of Speech, Language and Hearing Research.