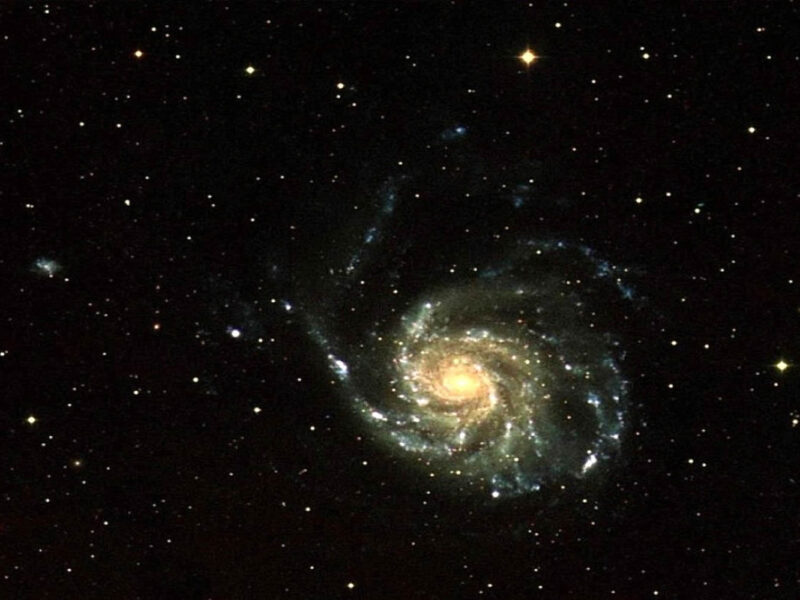 NASA estimates that there are over 27,000 pieces of space debris larger than a softball and they travel at speeds up to 17,500 miles per hour. This is fast enough to cause damage to satellites or spacecrafts like an intergalactic cannonball.

If agencies want to launch more satellites or rockets into space, then cleaning up the space debris is a crucial task. Jake J. Abbott, a professor of mechanical engineering at the University of Utah, is leading a group of researchers who have discovered a way to manipulate orbiting debris using spinning magnets. Robots could use this technology to gently move the space debris into a decaying orbit, further out into space, or to repair malfunctioning objects, to prolong their lives.

The paper “Dexterous magnetic manipulation of conductive non-magnetic objects” is a detailed account of their research. It was published in the Nature science journal. U graduate students Lan Paham, Griffin Tabor, and Ashkan Pourkand are co-authors. Former graduate student Jacob L. B. Aman and Tucker Hermans, U School of Computing associate professor, also contributed to the paper. You can view a version of the paper here.

This concept involves the movement of non-magnetized metallic objects in space using spinning magnets. Abbott says that electrons circulate in the metallic debris when it is exposed to a changing magnetic field. It works “like when you swirl your cup of coffee and it goes around and around.”

This transforms the junk into an electromagnet, creating torque and force. It can be used to control the location of the space junk debris without actually grabbing it.

Although the idea of using magnetic currents to manipulate space objects is not new, Abbott and his team discovered that they can use multiple magnetic-field sources in coordinated fashion to move them in six directions, including rotating them. It was previously not possible to move them in a single degree of movement like pushing them.

He says, “What we wanted to do was to manipulate the thing, not just shove it but actually manipulate it like you do on Earth. That form of dexterous manipulation has never been done before.”

Scientists can now stop damaged satellites from spinning wildly with this new knowledge. This is something that was not possible before.

Abbott says, “You have to take this crazy object floating in space, and you have to get it into a position where it can be manipulated by a robot arm. But if it’s spinning out of control, you could break the robot arm doing that, which would just create more debris.”

This allows scientists to manipulate fragile objects. A robot arm can damage an object by applying force to a single part, but these magnets apply gentler force to the whole object so that no one area is damaged.

The team tested their research by using a series magnets to move a copperball on a plastic tube in water. This is the best way to mimic slow-moving objects under microgravity. The magnets not only moved the sphere in a square but also rotated it.

Abbott claims that this new process can be used with a spinning magnet attached to a robot arm, a stationary magnetic field-generating magnet, or a super-conductive electromagnet such as those found in MRI scanners.

Abbott believes that the principle of manipulating nonmagnetic metallic objects using magnets may also be applicable to clearing space debris.

He says, “I’m starting to open my mind to what potential applications there are. We have a new way to apply a force to an object for precise alignment without touching it.”

This idea could be used immediately to address the problem of space debris. “I’m starting to open my mind to what potential applications there are,” he says. “We have a new way to apply a force to an object for precise alignment without touching it.”

NASA tracks thousands of space debris in the same way as air traffic controllers track aircraft. Abbott states that you need to know their location in order to avoid accidentally hitting them. The U.S. government, and all governments around the globe are aware of this problem as more of it is accumulating each day.

To read a more detailed description on this research, Click here