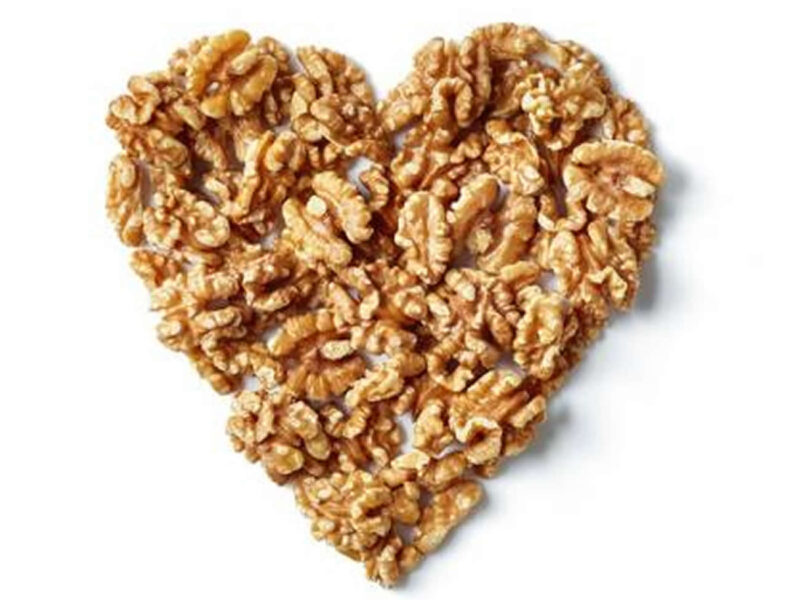 Findings from a randomized controlled trial recently published in the Journal of the American College of Cardiology, indicate that individuals in their 60s and 70s who regularly eat walnuts may have decreased inflammation, a factor associated with a reduced risk of heart disease, compared to people who don’t eat walnuts. The research was part of this Walnuts and Healthy Aging (WAHA) study – the largest and longest trial to date researching the benefits of everyday walnut consumption.

In the analysis, conducted by Dr. Emilio Ros from the Hospital Clinic of Barcelona, in partnership with Loma Linda University, over 600 healthy elderly adults consumed 30 to 60 grams of walnuts per day as part of their normal diet program or followed their standard diet (without walnuts) for two years. Individuals who consumed walnuts had a substantially reduced inflammation, measured by the concentration of known inflammatory markers in the bloodstream, which were reduced by up to 11.5 percent. Of the 10 well-known inflammatory markers which were measured in the study, six were significantly reduced on the walnut diet, including interleukin-1β, a powerful pro-inflammatory cytokine which pharmacologic inactivation has been closely correlated with reduced rates of coronary heart disease. The study’s conclusion is that the decreased inflammation effects of walnuts offer a mechanistic explanation for cardiovascular disease decrease beyond cholesterol lowering.

“Acute inflammation is a physiological process due to activation of the immune system by injury such as trauma or infection, and is an important defense of the body”, says Dr. Emilio Ros, a lead researcher in the study. “Short-term inflammation helps us heal wounds and fight infections, but inflammation that persists overtime (chronic), caused by factors such as poor diet, obesity, stress and high blood pressure, is damaging instead of healing, particularly when it comes to cardiovascular health. The findings of this study suggest walnuts are one food that may lessen chronic inflammation, which could help to reduce the risk for heart disease – a condition we become more susceptible to as we age.”

While existing scientific proof establishes walnuts as a Based on Dr. Ros, “Walnuts have an optimal mix of essential nutrients like the omega-3 alpha-linolenic acid, or ALA (2.5g/oz), and other highly bioactive components like polyphenols2, that likely play a role in their anti-inflammatory effect and other health benefits.”

Which concludes that a better comprehension of the mechanisms of health protection by different foods and diets, mainly because of their decreased inflammation qualities, should notify healthier food choices (such as including walnuts regularly).

While these results are promising, the research does have limits. Study participants were elderly adults that were healthy and free living together with the option to consume a variety of other foods in addition to walnuts. Furthermore, further investigation is needed in more diverse and disadvantaged populations.