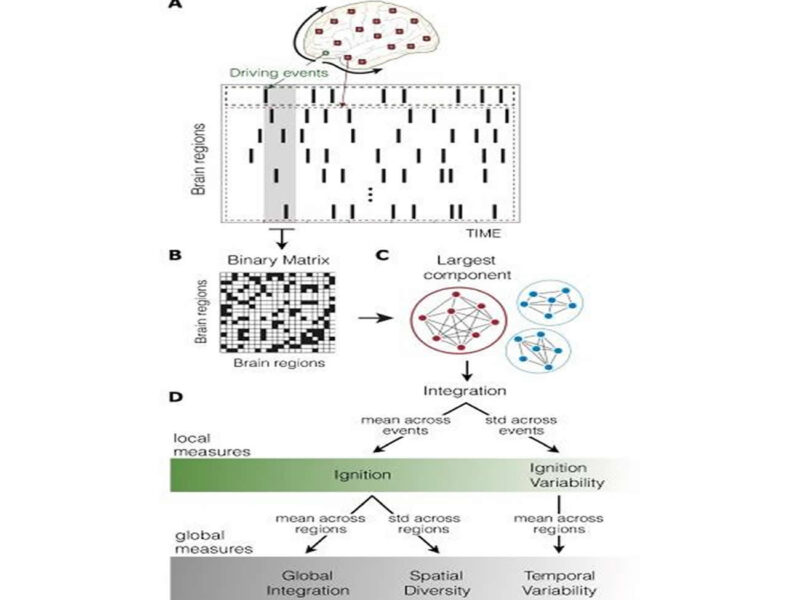 A study shows changes in brain dynamics at rest in a situation of stress caused by the development of depressive symptoms in a non-clinical population.

During a person’s life, the experience of a stressful life event can lead to the development of depressive symptoms, even in a non-clinical population. For example, a relationship breakup is a fairly common event and is a powerful risk factor for quality of life, in addition to increasing the risk of a major depressive disorder.

Resting-state neuroimaging studies have increasingly identified abnormal whole-brain communication in patients with depression, but it is currently unclear whether depressive symptoms in individuals without a clinical diagnosis have reliable neural underpinnings. Therefore, not enough attention has been paid to and not enough reliable neurological data are available concerning the symptoms of depression that some individuals may present at some time in their life without a clinical diagnosis, having been exposed to a stressful situation.

Research published in the advanced online edition of the journal NeuroImage: Clinical studies whether individual differences in the severity of depressive symptoms following the breakdown of a relationship are associated to changes in resting-state whole-brain dynamics.

A study by Sonsoles Alonso Martínez, conducted under the supervision of Gustavo Deco, an ICREA research professor with the Department of Information and Communication Technologies (DTIC) and director of the Center for Brain and Cognition (CBC) at UPF, and co-author of the work, along with members of research centres at the European universities of Groningen (Netherlands), Oxford (UK), Aarhus (Denmark) and Minho (Braga, Portugal). Deco has contributed especially to the study methodology.

“In this study, we set out to investigate the dynamical complexity of the brain at rest by applying the intrinsic ignition framework to a dataset of 69 participants with varying degrees of depressive symptoms following a relationship breakup. We hypothesized that greater levels of self-reported depressive symptoms are associated with reduced global integration and reduced spatiotemporal variability in the functional organization of the brain”, upholds Gustavo Deco, co-author of the study.

Intrinsic ignition analysis, proposed by Deco and Kringelbach (2017), both co-authors of the study, allows characterizing the degree of integration in the brain that results from spontaneous events arising over time. These events reveal the ability of a given region to start the propagation of neural activity (i.e., ignition) to other regions eliciting varying degrees of integration in the brain. In turn, integration reflects the capacity of the brain to become interconnected and exchange information.

“We investigated whether the severity of depressive symptoms in non-clinical individuals was associated with changes in the dynamical complexity of the brain at rest”, the authors state. At the global level, ignition and ignition variability can be averaged across all brain regions to produce a global measure of integration and temporal variability, respectively. Temporal variability indicates the degree of dynamic flexibility, also referred to as metastability.

The results of the study revealed that the severity of depressive symptoms was associated with deficits in the brain’s ability to integrate and process information globally over time. In addition, the researchers found that the majority of depressive symptoms were associated with reduced spatial diversity (i.e., hierarchy) and reduced temporal variability (i.e., metastability) in the functional organization of the brain.

Given the growing evidence that demonstrates altered resting-state dynamics across neuropsychiatric disorders, “our results in a nonclinical (yet vulnerable) population sample suggest the merit of investigating brain rigidity, understood as less complex brain dynamics, as a potential risk marker for mental health problems”, the study authors conclude.