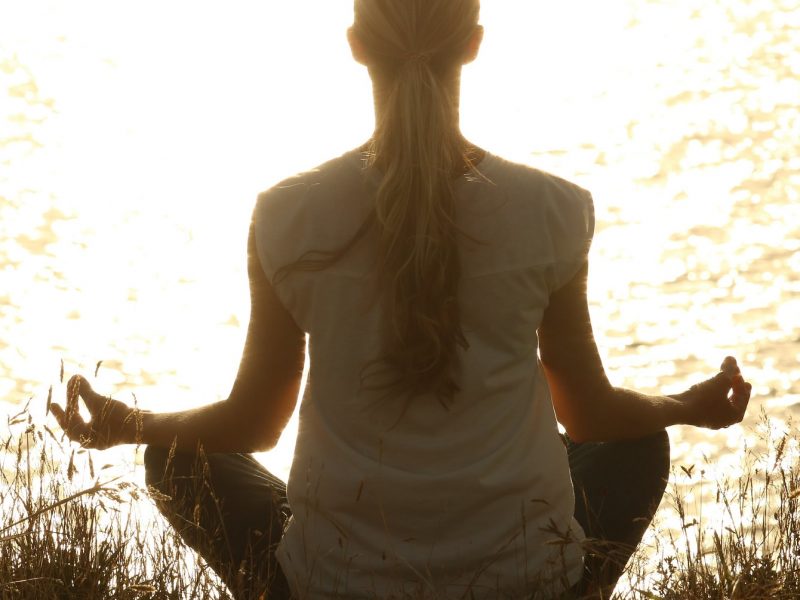 How a team of researchers at the Medical University of South Carolina is trying to take meditation practices into the future by merging cutting-edge brain stimulation with mindfulness.

We live in a society plagued by burnout.

Our hyper-connectivity, sustained through the pulse of WiFi, leaves little room for quiet. This constant stimulation can cause stress, which is a risk factor for a host of diseases, including diabetes, depression and heart disease.

While meditation is touted to relieve the anxiety of the day-to-day struggle, many novices find it difficult to quiet their restless minds. Ultimately, many meditators quit their practice before they have a chance to reap its potential rewards.

To combat this mental unrest, Medical University of South Carolina (MUSC) brain stimulation researchers Bashar W. Badran, Ph.D. and E. Baron Short, M.D., both of the Department of Psychiatry and Behavioral Sciences, have been exploring mindfulness meditation, but with a twist.

This twist is known as E-meditation, in which mindfulness techniques are coupled with transcranial direct current stimulation (tDCS). In tDCS, a low electrical current is sent through the skin to specific areas of the brain. For E-Meditation, tDCS is targeted toward those regions of the brain that are involved in meditation.

Badran and Short recently partnered with the Center for Mindful Learning to investigate the effects of a five-day E-meditation retreat, in which 31 study participants were guided through the use of a meditation-enhancing device (Zendo, Bodhi Neurotech, Inc., Charleston, SC) that allowed them to self-administer tCDS up to twice a day during their meditation practice. The findings were reported at the 2019 Joint Meeting of Neuromodulation, held in Napa, California in October.

While direct current stimulation to the brain might seem counterintuitive in those seeking peace and relaxation, preliminary evidence from the MUSC researchers suggest that tDCS could be an effective method for reining in a wandering mind.

In a January 2017 letter to the editor of the journal Brain Stimulation, Short, Badran and colleagues reported increased feelings of calm as well as increases in scores on some facets of a mindfulness measure, including a significant increase in “acting with awareness,” after tDCS use.

These findings led the researchers to launch a start-up to develop a neurostimulation device that could be used to enhance meditation.

But would it be feasible to ask meditators to use the device to self-administer brain stimulation? That was the question the researchers were trying to answer with the study at the E-meditation retreat.

“So the question was, can people self-administer brain stimulation to augment their meditation practice outside of the laboratory?” said Badran.

Each day of the retreat, participants were scored on their self-perceived benefits, as well as any difficulties with using the device. The results were promising. Attendees were able to apply the device easily by their second use. Side effects from the device were few and mild, such as tingling at the site of application. Future studies will be needed to assess the longer-term benefits and side effects of using the device to enhance meditation.

E-meditation is still relatively new to the scene, but if the success seen at the retreat is borne out by longer-term studies with more participants, the team hopes one day to see E-meditation become a household practice.

Badran thinks it could enhance the practice of both experienced and inexperienced meditators.

“We wanted to make a tool for both novice and pros that could accelerate their practice,” said Badran. “I hope this is the way people will be meditating for the next 50 years.”