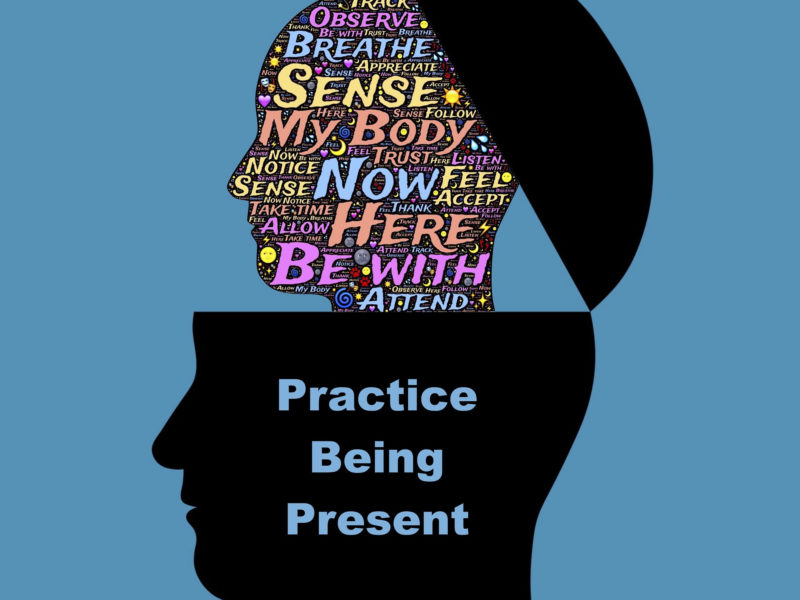 The historical practice of mindfulness is a burgeoning integrated medicine field associated with benefits for people with issues ranging from insomnia to chronic pain and fueled by more than $550 million in federal funding over the past 20 years.

Yet the evidence for impact on health from mindfulness is sometimes outpaced by popular discourse on the promise. The science, hype and potential for clinical applications are explored in Current Opinions in Psychology dedicated to contextualizing an emerging field of empirical research supporting the practice of mindfulness.

The special issue brings together contributions and collaboration from over 100 scholars and scientists who have authored a total of 57 papers focusing on the historical and conceptual foundations; the basic science; clinical applications; and social applications.

The special issue is edited by David Vago, PhD, research director of the Osher Center for Integrative Medicine and director of the Contemplative Neuroscience and Integrative Medicine (CNIM) Laboratory at Vanderbilt University Medical Center; Thorsten Barnhofer, PhD, professor of Clinical Psychology at the University of Surrey; and Amit Bernstein, PhD, senior lecturer and Yigal Alon Fellow at the University of Haifa, Israel.

“This project is exciting because it takes stock and maps the state of the field. This collection of research is a global collaboration from across disciplines to cultivate a rich resource for students, scholars and practitioners. It’s a seminal time for the advancement mindfulness and we want those who will be pushing forward tomorrow’s evidence to have a clear look at what we know today,” said Vago.

VUMC is home to one of five designated Osher Centers globally. The others are at Harvard University, University of California at San Francisco, Northwestern and Karolinska Institutet (Sweden). Treatments and services offered at the VUMC Osher Center include massage therapy, acupuncture, mind/body counseling, mindfulness training, physical therapy, tai chi, health coaching and yoga.

Vago, who has a PhD in Cognitive and Neural Sciences with training from Weill Cornell and Harvard Medical School, talks about what mindfulness is, where it’s going, and why it’s important to introduce evidence to the cultural movement of mindfulness:

Mindfulness is commonly described as attention to and awareness of present moment experience and, as an ancient practice, is at the heart of the historical teachings of Buddha. It’s more than 25 centuries old, yet in the last two decades there’s been a surge of both popular and scientific interest in mindfulness.

The rapid advancements in technology allows us to more accurately understand how mindfulness impacts, or changes, the brain, which is contributing to what we know.

2. What is overlooked in the conversation about mindfulness?

We’re at a turning point in this field. Just for example, there were 39 scientific papers published about mindfulness before the year 2000. Today that number is 6,000. It’s staggering to think about the how mindfulness practices and interventions have innervated nearly every sector of society including health care and schools to corporations, corrections, the government and military, as well as social justice and mobile technology.

There is a lot of hype around the benefits of mindfulness and it is getting oversold in popular culture relative to the scientific evidence supporting its benefits. That’s not meant to be discouraging but it is an opportunity for researchers to accurately describe and contextualize how mindfulness can be applied in everyday life.

We want people to be accurate and tempered about the language around “mindfulness” — an approach we took in curating this issue of Current Opinions in Psychology. We want to make sure the approaches that people are taking accurately reflect what the science says. One thing we are learning, for example, is how mindfulness can be learned and applied uniquely across different contexts. For example, being taught to maintain a state of mindfulness for 5-10 minutes in a controlled environment is going to have unique effects relative to an advanced practitioner who has been training formerly with over 15,000 hours of mediation time logged on a cushion. Both practices may have effects on health outcomes, but in unique ways that the science is just starting to reveal.

3. There are lots of apps that encourage mindfulness — how do you think about success of mindfulness as a tool?

Any sort of tool that can facilitate awareness about one’s own mental habits is going to be a good thing. My personal feeling is that mobile apps are an excellent platform for delivering content. The jury is out to what extent apps are effective.

A rigorous evidence-base is emerging to optimize delivery of mindfulness training for select populations. In our current fast-paced society, it’s not convenient or even feasible to go to a monastery for three years or even three months to learn mindfulness from master teachers — rather, science is helping determine what are the active ingredients of these practices and improve efficiency with which skills are trained.

Slowly, we are approaching a level of precision to best understand which practices will work by which mechanisms and which particular individuals will benefit.

4. Where is mindfulness research going over the next 10 years?

This special issue of Current Opinions in Psychology is a pivotal, exciting moment for the study of mindfulness. We hope bringing together many of the field’s leading scholars will help guide, challenge, and inspire the next generation of science, practice, and ethical and evidence-based social applications and implementation of mindfulness.

It’s a young field and there’s preliminary data that’s promising. This special issue provides a platform to get the most prolific researchers to reflect on what they’ve done to date, the limitations of what’s known and to write prescriptions for future research.

5. What is a myth about mindfulness you want to dispel?

Most importantly, this issue provides a nuanced look at the science of mindfulness. There is a lot of confusion in the general public and scientific community about which studies are accurate and generalizable.

The papers in this issue go beyond a summary of the science and allow the scientists and scholars the opportunity to describe subtle aspects of the data that are not immediately apparent or how best to interpret what the science is reporting.

Lastly, we want to emphasize that contemporary eight-week mindfulness-based interventions and historical paths for mental stabilization, insight, and awakening should be treated as distinct forms of training with unique effects on health outcomes.