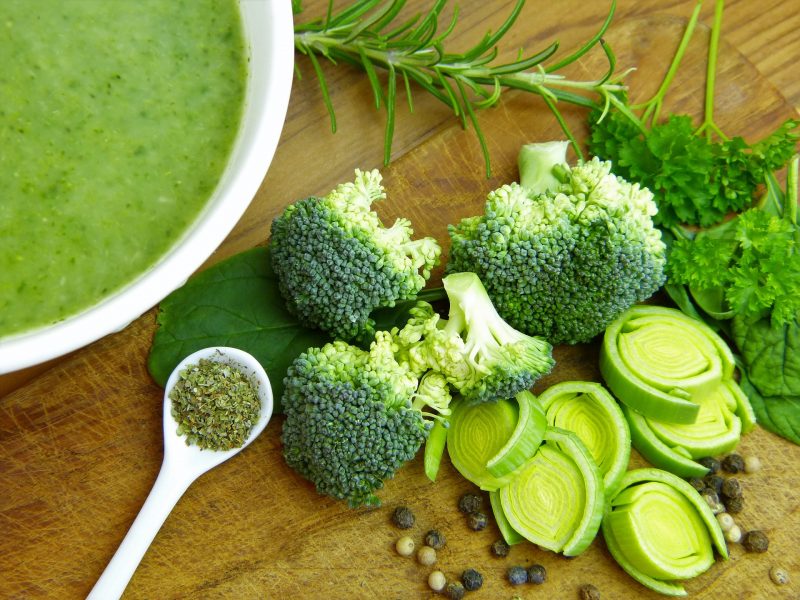 High school students prefer seasoned vegetables with herbs and spices, rather than plain veggies, according to Penn State researchers, who add this may lead to students liking and eating more vegetables, and result in less food waste in schools.

The researchers asked high school students to rate the taste of a variety of seasoned vegetables with either oil and salt or a blend of herbs and spices developed specifically for each vegetable. The majority of the students preferred the seasoned vegetables, despite the fact that many of the seasoning blends were new to them.

Kathleen Keller, associate professor of nutritional sciences, said that schools that serve seasoned vegetables that are more appealing my ultimately cut down on the amount of food that is thrown out.

“Despite the fact that many of the kids hadn’t previously been exposed to a lot of different herbs and spices, our results showed that they liked and preferred the seasoned vegetables over the plain ones,” Keller said. “I think that if schools were to implement these simple recipes, they might have more success than if they just serve vegetables with oil and salt or nothing at all.”

Eating enough vegetables is essential for good health: Consuming a lot of veggies has been linked with a reduced risk of both heart disease and some cancers. But while the current Dietary Guidelines for Americans recommend that teens between the ages of 14 and 18 eat between two-and-a-half and four cups of vegetables a day, the researchers said only about 2 percent of American adolescents eat enough.

Schools in the United States that participate in the National School Lunch Program have to follow federal guidelines for what they serve for lunch, including offering a variety of vegetables throughout the week and limiting fat and salt. But offering vegetables doesn’t guarantee students will eat them, and discarded vegetables can add up to a lot of wasted food.

“When we talked to the students, we learned the most important thing to them when it came to eating vegetables was the taste,” Keller said. “For the school lunch food service workers, they were worried about sticking to the federal guidelines, food waste and making food kids will like without recipes to work from.”

Taste tests were held for eight different vegetables, with about 100 students participating in each test. All recipes used either frozen or canned vegetables, to make them easy to replicate by the school’s food service workers.

The researchers found that overall, the students preferred the seasoned vegetables, except for the sweet potatoes. The seasoned versions of corn and peas, black beans and corn, cauliflower, broccoli, green beans, and carrots were all rated as better tasting than the plain versions.

Juliana Fritts, graduate student in food science, said in addition to being more appealing to students, another benefit was that the seasoned vegetables were developed specifically with school dietary guidelines in mind.

“The guidelines have limits for how much salt and fat can be used in each meal, so that’s part of the reason why the school was serving the vegetables plain, to stay within those guidelines,” Fritts said. “These blends and recipes were developed specifically within these guidelines, so schools don’t have to worry if it will make them go over the fat and salt limits.”

Keller said that in the future, the researchers will look at whether adding herbs and spices to the vegetables will result in the students eating more vegetables. She also said the results — published in the journal Food Quality and Preference — also have broader implications about how parents feed their kids, even from an early age.

“I’m a big proponent of not being afraid to use herbs and spices, even with young kids or toddlers,” Keller said. “Even with baby food you can add small amounts of herbs or spices, so they’re getting used to the flavors of the family. If you’re going to be using these things in the foods you make for your family later on, it doesn’t make sense to avoid them when kids are little.”