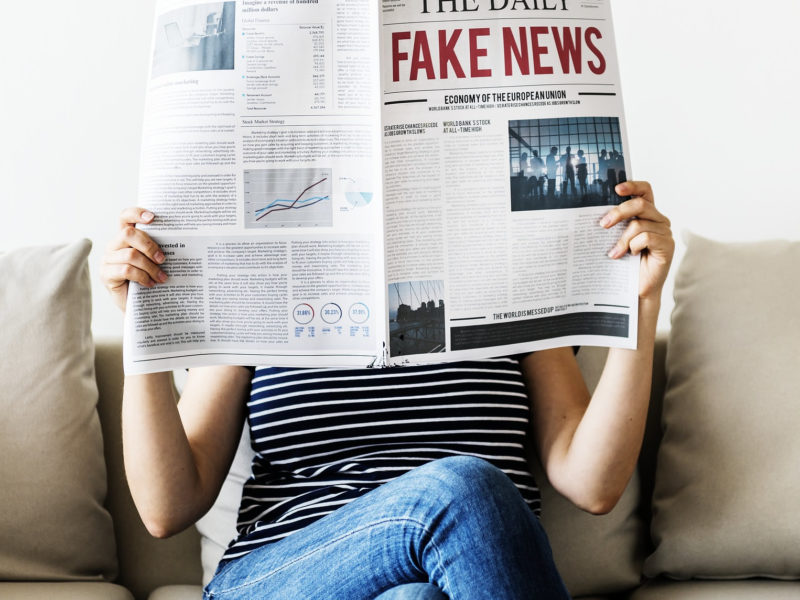 Fake news is a threat to American democratic institutions and false information can have far-reaching effects. A new study provides a roadmap for dealing with fake news.

Research published in Proceedings of the National Academy of Sciences provides new evidence that people’s beliefs about the source of information affects how they take in that information, even at the level of their automatic responses. They also found that new information can modify or even undo existing impressions caused by fake news.

“We wanted to know whether offering information about the source of news matters for people’s gut-level, automatic reactions,” said Melissa Ferguson, co-author on the paper and psychology professor at Cornell University. “Does knowing that something is fake have lingering pernicious effects that can later shape and influence our thoughts and behavior toward the person? Our studies suggest that establishing credibility for news sources is the right policy to combat fake news.”

Ferguson and her fellow researchers conducted seven experiments with more than 3,100 participants to assess how the truth value of new information about others affected both their reported feelings and their gut-level, automatic reactions. The experiments ranged from using video games and narratives of intergroup conflicts to studies featuring an individual named Kevin.

Researchers used Kevin to assess how attitudes toward him changed depending on what information was provided. In one experiment, Kevin was depicted positively. Participants were then told something disturbing, including that he had been arrested for abusing his wife. Researchers found that when news about the arrest came from police reports, gut-level attitudes toward Kevin immediately became more negative. But when that information was attributed to a friend of Kevin’s ex-girlfriend, participants retained their positive attitude toward Kevin.