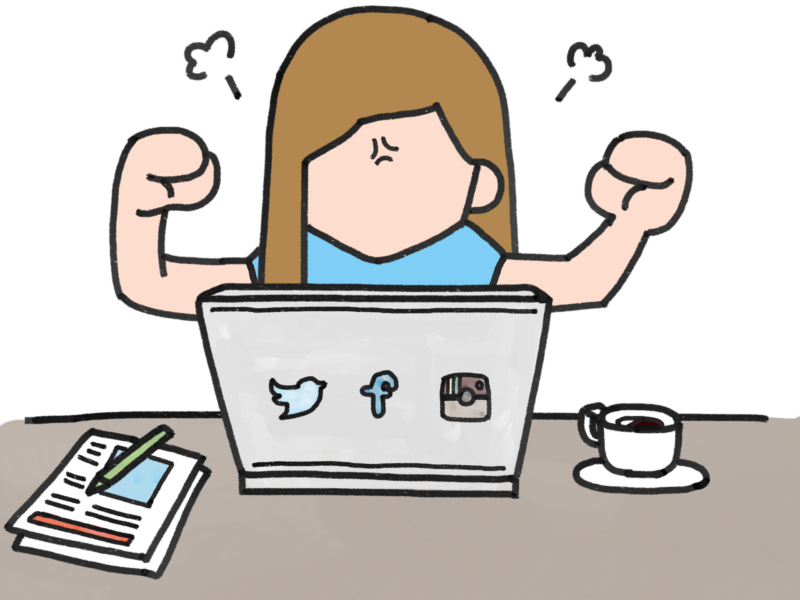 We all know that those angry rants on social media can come back to hurt you–and sooner than you think. “Good,” positive chat resonates for a few seconds, generally, but negative chat, even in a chat room where exchanges happen more immediately than on Facebook or Twitter, persists for many minutes, new UC Davis research suggests.

“It’s not just that this negative chat has a long life,” said Seth Frey, an assistant professor of Communication at UC Davis who is the lead author of the study. “But it has a longer effect on the original speaker. Negative people are really hurting themselves.”

The findings were published in Behavior Research Methods in October. Researchers looked at hundreds of millions of chat room messages, over many months, in about 600,000 conversations among young people playing a popular online social game. Most of the million participants worldwide were between 8 and 12 years of age.

The data showed that a positive message doesn’t just cause changes in others, but ripples back to the original sender. The effects of a sender’s message start rippling back quickly, after just two seconds, and continue for a minute. However, chat containing negative messages or words affects others more strongly and continues to ripple back from a chat audience for up to eight minutes on average. The result is a “feedback loop” in which one instance of negativity causes a stream of negativity that continues to perpetuate itself.

Helping users understand how actions can have consequences

“This work,” the report concludes, “can expand the scope of social-influence-based public health policies and ultimately help young people respond maturely to social influences, whether positive or negative, online or offline.” Knowing how long negative or positive interactions persist and measuring precisely how much they snowball helps us understand when a helpful administrator should intervene, and for how long they should continue monitoring.

Frey pointed out, as well, that the participants in this study were younger than many social media participants, who would have more complex emotions and political opinions, and more fluent computer skills, that may make these patterns stronger for older populations. The findings show, Frey said, that emotions ripple online in ways that we can’t always measure in in-person, one-on-one conversations. “It’s really about isolating the effects that your angry and distasteful actions have on you in the future.”