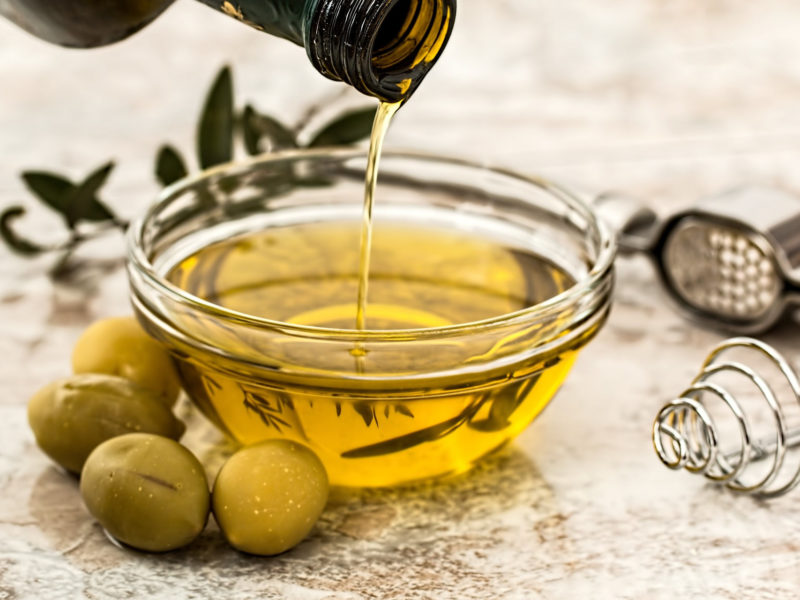 Foods high in unsaturated fats may protect against cardiovascular disease, and new research published in Nature Communications has uncovered why. Apolipoprotein A-IV, known as ApoA-IV, is a plasma protein. Levels of ApoA-IV increase after the digestion of foods, particularly foods high in unsaturated fats, such as olive oil. Higher levels of ApoA-IV in the blood have been reported to be associated with lower rates of cardiovascular disease.

New research from the Keenan Research Centre for Biomedical Science (KRCBS) of St. Michael’s Hospital demonstrates that ApoA-IV is an inhibitory factor for platelets, which are small blood cells that play a key role in multiple diseases, particularly in bleeding and cardiovascular diseases.

These new findings suggest that ApoA-IV is a blocker of platelet surface glycoproteins GPIIbIIIa (also named integrin αIIβ3). Integrin αIIβ3 is a platelet receptor that is necessary for platelets to clump together in the blood (called platelet aggregation). Platelet aggregation can cause vessel occlusion that blocks blood flow, leading to thrombosis, which is the most common cause of mortality and morbidity worldwide.

“Platelet aggregation can save lives, because it can stop bleeding in damaged vessels,” said Dr. Heyu Ni, Platform Director for Hematology, Cancer and Immunological Diseases at the KRCBS, who is the principal investigator of this study. “But we usually don’t want platelets to block blood flow in the vessels. This is thrombosis, and if vessel occlusion occurs in the heart or brain, it can cause heart attack, stroke or death.”

Platelets bind together with a series of connectors. For one platelet to bond to another, the platelet receptor integrin αIIβ3 first binds to fibrinogen – an abundant protein that bridges platelets in blood – and fibrinogen molecules then bind another integrin αIIβ3 on a second platelet. Then fibrinogen and likely also other proteins allow many platelets to bind one another, leading to platelet aggregation.

Examining both lab models and humans, Dr. Ni, who is also a scientist at Canadian Blood Services Centre for Innovation, and his team have shown that ApoA-IV can link to the integrin αIIβ3 and block fibrinogen binding, decreasing platelet aggregation in a vessel. The ApoA-IV protein can also change its shape to accommodate increased blood flow, and become more effective to protect vessels from complete blockage.

“This is the first study to link ApoA-IV with platelets and thrombosis,” Dr. Ni said. “With this work, we have also explained why higher levels of ApoA-IV can slow down plaque build-up in blood vessels, known as atherosclerosis, because this process is also related to platelet function.”

The researchers also examined ApoA-IV’s interaction with food. After every meal, platelets are stimulated, which makes it easier for them to bond together or bond to white blood cells. ApoA-IV increases in circulating blood almost immediately after meals containing unsaturated fats and decreases platelet hyperactivity and bonding, thus reducing the inflammation after meals and the risk of heart attack and stroke.

The study also found that ApoA-IV has its own circadian rhythm. It is most active overnight and least active in the morning.

“Mother Nature wants us to sleep well,” Dr. Ni said. “So we are protected by this protein while we sleep, and most likely to experience a cardiovascular event after waking up in the morning.”

Dr. Ni and his team are excited about these findings because they show that foods with high unsaturated fats, along with appropriate sleep patterns, create the perfect combination for the protein ApoA-IV to play a positive role in reducing the chances of cardiovascular disease in the form of atherosclerosis, heart attack, or stroke.

This new knowledge has many potential applications, Dr. Ni explained. Future studies will focus on better understanding this protein and how to harness its protective potential to build therapies targeted at cardiovascular disease and other diseases that arise from platelet activation and aggregation.