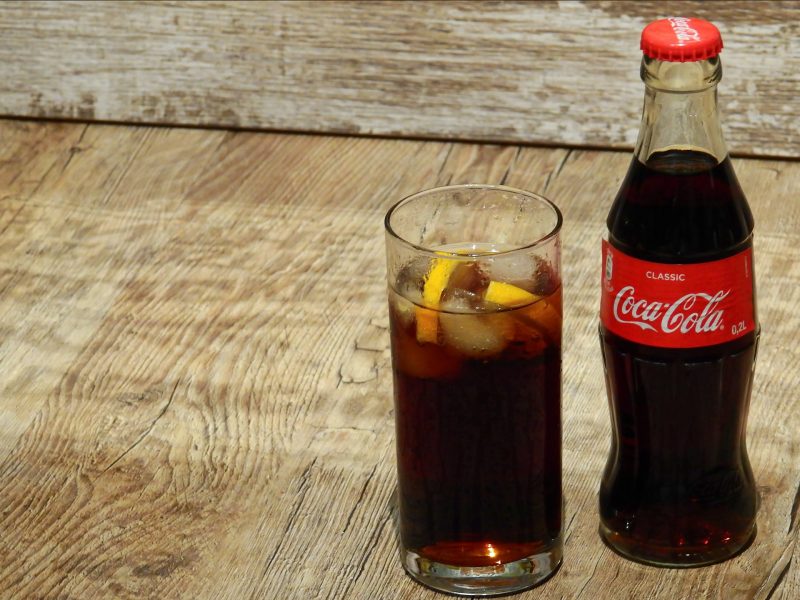 A new review of the latest evidence on sugar-sweetened drinks (SSB)- which includes 30 new studies published between 2013 and 2015 (and none of them industry sponsored) – concludes that sugar-sweetened drinks consumption is associated with overweight and obesity, and that countries that have not already done so should take action to reduce the consumption of the so-called ’empty calories’ that these drinks contain.

The review is published in the journal Obesity Facts, the journal of the European Association for the Study of Obesity (EASO), and written by a team of authors including lead author Dr Maria Luger, Special Institute for Preventive Cardiology And Nutrition SIPCAN, Salzburg, Austria; EASO President Elect Dr Nathalie Farpour-Lambert (University Hospitals of Geneva, Switzerland) and Dr Maira Bes-Rastrollo, University of Navarra, Spain, and Carlos III Institute of Health, Spain.

“The evidence base linking SSBs with obesity and overweight in children and adults has grown substantially in the past 3 years,” explains Dr Farpour-Lambert. “We were able to include 30 new studies not sponsored by the industry in this review, an average of 10 per year. This compares with a previous review that included 32 studies across the period 1990-2012.”

Of these 30 studies included, 20 were in children (17 prospective and 3 randomised controlled trials [RCTs]) and 10 were in adults (9 prospective and 1 RCT). Almost all (93%) of the 30 included studies in children and adults revealed a positive association between sugar-sweetened drink consumption and overweight/obesity, while only one prospective cohort study in children showed no association. The one randomised controlled trial in adults demonstrated no effect of the intervention (replacing sugar-sweetened drinks with water and education counselling versus education counselling only). While those adults receiving the intervention lost more weight however the result was just outside statistical significance.

A total of 244,651 study participants were included in this new systematic review. Regarding the geographical area of the studies included, 33% were done in Europe, 23% in the US, 17% in Middle or South America, 10% in Australia, 7% in South Africa, and the remaining 10% in Iran, Thailand and Japan.

Although the authors acknowledge it is near impossible to conclude with absolute certainty a direct cause-and-effect relationship between sugar-sweetened drink consumption and overweight and obesity, Dr Farpour-Lambert says: “Associations between SSBs and body weight measures might be affected by other diet and lifestyle factors, but the majority of the prospective cohort studies adjusted for these possible confounding factors including several nutrition and lifestyle factors, and for all, except for one study, a positive association between SSB consumption and overweight/obesity was found. This suggests an independent effect of SSBs.”

Dr Bes-Rastrollo says: “Numerous countries across the world have high levels of SSB consumption, and even those with low intakes are observing sharp increases. Therefore, the combined evidence published before and after 2013 confirming that SSBs have adverse effects on body weight gain or obesity in children and adults provides a rationale for urgent policy action.” The authors point to the success of higher taxes on SSBs in Mexico, where sales have fallen by 12%, most sharply in the poorest parts of the population (by 17%). Dr Bes-Rastrollo adds: “Various countries have now established and implemented approaches focusing on the reduction of SSB intake by limiting its availability, increasing market price, raising public awareness through education programs via the media or at school, introducing tax policies, and improving labelling.”

A report from Euromonitor International indicates that to date, 19 countries have so far introduced taxes on food and drinks and that more aim to do so in the near future with the target of reducing sugar consumption by 20% in accordance with the WHO guidelines. The UK is a country about to introduce a sugar tax, beginning in April 2018.

The authors say new and innovative strategies are needed to reduce SSB consumption. Dr Farpour-Lambert says: “There is no doubt that we can reduce the consumption and impact of SSBs, but we need both the political will and the cooperation of the beverages industry to achieve it. One successful and feasible example of a gradual reduction strategy is the UK salt reduction program: The food industry has gradually decreased the quantity of salt added to processed food over the past decade. In this program, incremental salt reduction targets were set with a clear timeframe for the food industry to reach them.”

Dr Farpour-Lambert concludes: “Future research should focus on the following questions: How can we effectively reduce the consumption of SSBs in different populations? What is the impact of interventions on body weight or obesity in children and adults? What are the responsibilities of the food and beverages industry, policy makers, public health institutions, communities, schools, and individuals? Is a sugar tax feasible and effective for solid food, and what impact will it have?”

“The balance between the responsibility of individuals, health advocates, and governments and society must be clarified. It is important to mobilise multiple stakeholders and to develop operational synergies across different sectors. Professional networks and the food and beverages industry must be encouraged to promote healthy diets in accordance with international standards.”