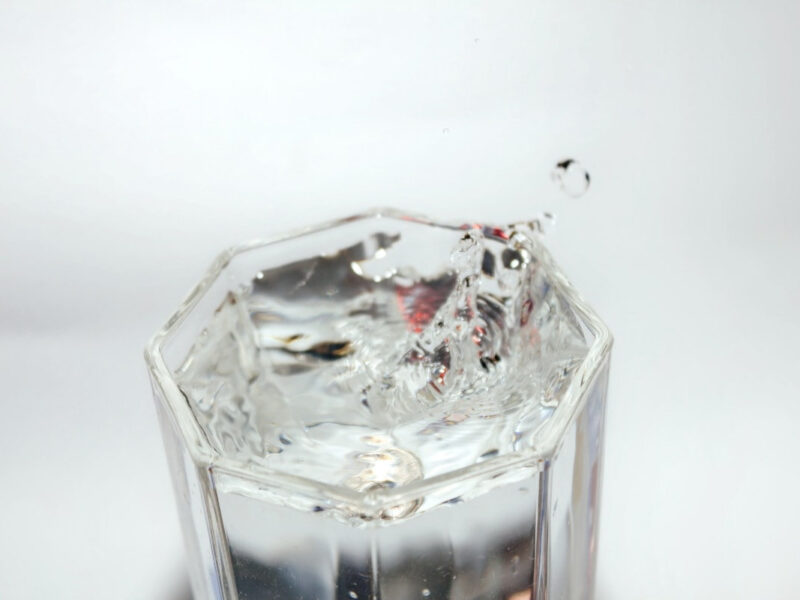 Researchers at MIT have created a portable desalination device that weighs less than 10 kgs and can remove salts and particles to produce drinking water.

This small device can be used to charge your cell phone, but it requires less power than a regular charger. A small, lightweight solar panel can also be used to drive the device. These panels can be bought online for about $50. The device automatically produces drinking water that meets or exceeds the standards of the World Health Organization. It is easy to use and packs the technology into a compact device.

This device uses electricity to remove contaminants from water, unlike other portable desalination units which require that water pass through filters. This greatly reduces long-term maintenance costs by eliminating the need to replace filters.

This could allow the unit to be deployed in remote areas with limited resources, such as on small islands or on cargo ships. It could be used by soldiers to carry out long-term military operations or to help refugees fleeing natural catastrophes.

“This is really the culmination of a 10-year journey that I and my group have been on. We worked for years on the physics behind individual desalination processes, but pushing all those advances into a box, building a system, and demonstrating it in the ocean, that was a really meaningful and rewarding experience for me,” Jongyoon Han is a senior author and member of the Research Laboratory of Electronics.

Han is joined by Junghyo Yoon (first author), a researcher in RLE; Hyukjin Kwon, who was a former postdoc. SungKu Kang is a postdoc at Northeastern University. Eric Brack, of the U.S. Army Combat Capabilities Development Command, (DEVCOM) is the second author. The research was published online in Environmental Science and Technology.

Their unit uses a technique called Ion Concentration Polarization (ICP), developed by Han’s group over ten years ago. The ICP process does not filter water. Instead, it applies an electric field to membranes that are placed above or below water channels. As they pass, the membranes repel negatively or positively charged particles, including bacteria and viruses. The charged particles are pushed into a second stream, which is then released.

This process eliminates both suspended and dissolved solids. Clean water can flow through the channel. ICP requires less energy than other techniques because it uses a low pressure pump.

However, ICP doesn’t always remove all salts in the channel. The researchers developed electrodialysis to get rid of any remaining salt ions.

Yoon and Kang used machine-learning to determine the optimal combination of ICP/electrodialysis modules. A two-stage ICP process is the best. Water flows through six modules first, then through three modules in the second stage. Then, water flows through one electrodialysis module. This allows for a reduction in energy consumption and ensures that the process is self-cleaning.

Yoon says that while it is possible for some charged particles to be trapped on the ion Exchange membrane, if these particles get trapped, we can just reverse the direction of the electric field so the particles can be easily released.”

To improve energy efficiency and make it portable, they rearranged the ICP and electrodialysis module stacks. Researchers created the device with one button that allows users to start the desalination or purification process. The device alerts the user when the water quality and particle count drop below a certain threshold.

After conducting lab experiments with water of different salinity, turbidity (cloudiness), and pH levels, the team field-tested their device at Boston’s Carson Beach.

Yoon and Kwon placed the box close to the shore, and then threw the feed tube in the water. Within half an hour, the device filled a plastic cup with clean, drinkable water.

“It was successful even in its first run, which was quite exciting and surprising.” Han says that the key reason we were successful was the accumulation of the little improvements we made along our journey.

The water produced exceeded the World Health Organization’s quality guidelines. It also reduced suspended solids levels by at least 10 percent. The prototype produces drinking water at a rate 0.3 liters an hour and uses only 20 watts per liter.

Yoon states, “Right now, we are pushing our research to scale up that production rate,”

Han says that one of the greatest challenges in designing the portable system was to create an intuitive device that anyone could use.

Yoon plans to make the device easier to use and increase its energy efficiency. He also intends to create a startup to commercialize the technology.

Han hopes to use the lessons he has learned over the last decade in the lab to address water-quality issues beyond desalination. Han is interested in rapidly detecting contaminants and drinking water.

He says, “This is definitely an exciting project, and I am proud of the progress we have made so far, but there is still a lot of work to do,”

This research was partially funded by the DEVCOM Soldier Center and the Abdul Latif Jamel Water and Food Systems Labs (J-WAFS), and the Experimental AI Postdoc Fellowship program of Northeastern University.