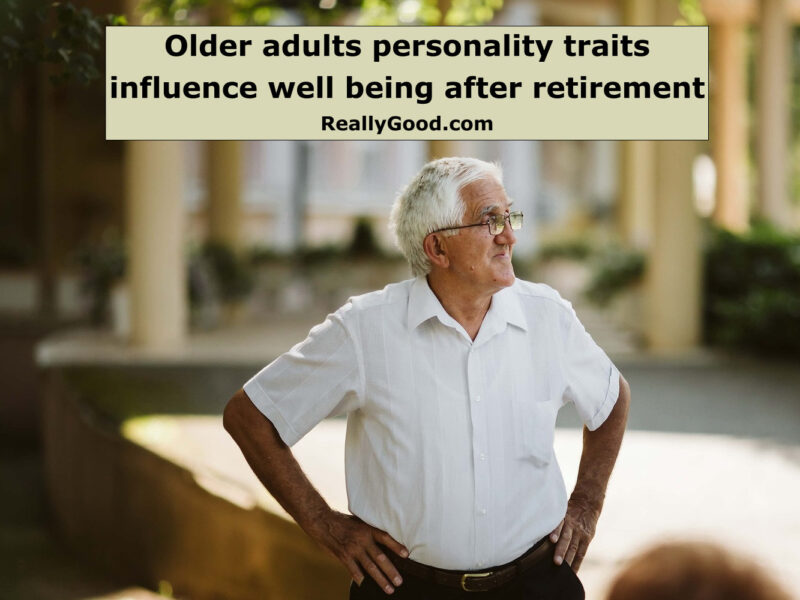 New research has revealed novel connections between the personality traits of older adults, their retirement routes, and their well being after leaving the workforce. These findings were presented by Dusanee and co-workers at Kasetsart University, Bangkok, Thailand.

As the global population of older adults increases, policy makers and communities are becoming more interested in the well-being for those who have left the workforce. Researchers are beginning to investigate how different exit routes, such as voluntary or mandatory retirement, may be related to life satisfaction. However, few studies have examined how these associations might vary depending on personality traits.

Kesavayuth, along with colleagues, analyzed data from over 2,000 people aged 50-75 who took part in the British Household Panel Survey. The dataset contained information about participants’ personality traits (the “Big Five”) and life satisfaction following their exit routes from work.

The data were analyzed statistically to find associations between exit routes and satisfaction with their lives, income and leisure. These associations varied based on the personality traits of individuals.

The trait of conscientiousness, for example, was associated with increased enjoyment of leisure time among older adults who had to retire, and increased life satisfaction in those who were unemployed. According to the authors, conscientiousness may act as a psychological buffer. Conscientious people are more likely to be proactive in seeking out new life-styles that suit them.

Extraversion was associated with lower levels of satisfaction with income, life, and leisure among those older people who retired early. Extraversion was associated with higher levels of satisfaction with leisure time for those who had to stop working because they were ill or caring for others. Researchers speculate that extraverts may not be able to have meaningful social relationships at work but could also be motivated by rewarding, sociable hobbies.

Also, associations were found for neuroticism, openness, agreeability, and openness. These associations don’t prove causal relationships among the factors and any explanations are only speculation at this stage. These findings may help to guide targeted interventions and policies that improve the well-being for older adults. These efforts may be particularly relevant in light of the COVID-19-related mass exodus from the workforce.

“Our study uncovered associations between the routes people took to exit their jobs and their subsequent satisfaction with life, income, and leisure. These associations varied according to people’s personality traits. Conscientious individuals were more proactive in finding new fulfilling life patterns.”