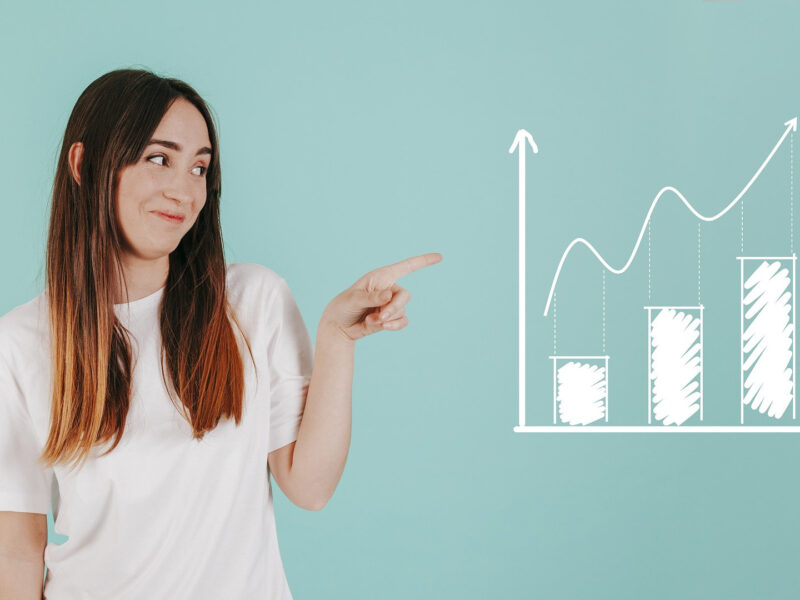 Bar graphs are a popular way to represent data because of their simplicity. Do we actually know how to read them? A new study by Wellesley College found that bar graphs can be misunderstood. This study shows that even people who see the same graph have different views.

“Our work reveals that bar graphs are not the clear communication tools many had supposed,” said Sarah H. Kerns, a 2019 graduate of Wellesley, research associate in its psychology department, and first author of the paper, entitled “Two graphs walk into a bar: Readout-based measurement reveals the Bar-Tip Limit error, a common, categorical misinterpretation of mean bar graphs.”

“Bar graphs that depict mean values are ubiquitous in politics, science, education, and government, and they are used to convey data over a wide range of topics including climate change, public health, and the economy,” said co-author Jeremy Wilmer, associate professor of psychology at Wellesley. “A lack of clarity in domains such as these could have far-reaching negative impacts on public discourse.”

A powerful new measurement method that Kerns and Wilmer developed made it possible for them to discover the secrets of bar graphs. This technique involves having someone draw on paper their interpretation of the graph. Kerns stated that drawing tasks are especially effective in capturing visuospatial thought in a concrete, expressive, detailed way. Drawings are a long-standing tool in psychology to show the contents of thoughts. However, they were not used previously to study graph interpretation.

Research team asked hundreds to draw dots on graphs in order to indicate where they thought the data that underlies a bar graph would lie. A striking pattern emerged. One in five graph readers incorrectly interpreted bar graphs depicting averages. Wilmer stated that “These readers sketched all, or nearly all, of the data points below the average,” said Wilmer. Wilmer stated that the average is the center point in the data. It is impossible that the majority of data be below-average. This error is called the bar-tip limitation error. It occurs when the viewer misinterprets the tip of the bar as the outer limit. The error is equally common across all ages, genders and nationalities.

How could graph interpretation research for decades have failed to spot this serious error? Kerns stated that previous research often asked abstract questions about payoffs, probabilities and predictions. It is hard to discern a person’s thoughts based on their responses to these questions. It’s like looking through frosted glasses. One may get a general sense of what is in the room, but not enough detail. Our measurement method is more precise, direct, and more detailed. Drawings give a clear view into the thinking of graph interpreters.

Wilmer stated that simplifying graph design can lead to more confusion than clarity. The whole purpose of replacing individual values by a summary statistic such as an average is to simplify the visual display. It also makes it easier to understand. This simplification confuses many viewers. It doesn’t just mislead them about the locations of individual data points, but also about the average, the only thing that the graph actually represents.

Based on their findings, the team recommends some changes to data visualization practices. Kerns stated that the team recommends that a bar only be used to communicate a single number such as a count (150 beds) or quantity (5.75). “In this case, no data should be hidden.” “But, our research has shown that a bar used for displaying the average of multiple numbers can lead to severe confusion.” Kerns’ second recommendation is to think twice about replacing concrete, detailed information (e.g. individual data points) by visually simpler, but conceptually more abstract information (e.g. an average value). Wilmer stated that “our work shows that abstraction in data communication can lead to serious misunderstandings.”

Education-focused recommendations by the team include data sketching tasks to teach literacy in data literacy. Wilmer stated that once a student has made their interpretation clear and visible on paper it becomes easy to discuss the results and correct any errors. They recommend that students use real data. Kerns stated that data is fundamentally concrete. While it is valuable to read about it in abstract form, that will never be the same as reading a book on how to ride a bicycle. You can’t substitute for real-world experience.

All Wilmer’s courses now focus on data collection, visualization, analysis, and interpretation. A free suite of web-based data visualization apps that he developed at showmydata.org is an enabling tool. It allows the user to quickly create and curate high-quality graphs using individual datapoints. Kerns says that such graphs prevent the kinds of errors revealed by our research. “And they are easily interpreted, even by young children,” Wilmer says. Wilmer’s children, aged 11- and 7, are “two of my most astute (and ruthless) app development and data communication consultants.”

Clear data communication and strong data literacy are essential in a political and scientific environment where information is rapidly spread and misunderstandings can have a profound effect on public opinion and public policy. Kerns stated that data informs all of our decisions, from the grocery store to doctors offices to the ballot box. “We hope our work will help to enhance data comprehension and smooth the path to informed decision-making by institutions and individuals alike.”