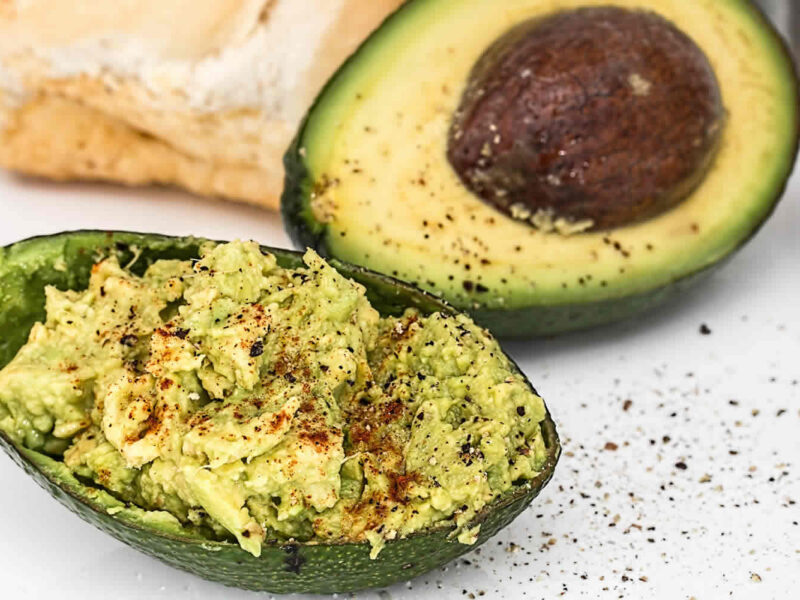 Researchers at the University of California San Diego School of Medicine and Herbert Wertheim School of Public Health and Human Longevity Science conducted an innovative study comparing the health effects of families who ate a low amount of avocados (three per week) and those who ate a higher amount (14 per week) over six month. All of the families were Mexican-American.

The high avocado allotment family reported lower caloric intake, which in turn reduced their intake of other food, including dairy and meats, as well as refined grains and the associated negative nutrients such saturated fat and salt.

These findings were published in Nutrients. They may provide insight into ways to address obesity and related diseases in high-risk areas.

Matthew Allison, MD, senior author and chief of Division of Preventive Medicine at UC San Diego School of Medicine, stated that there is no data on the impact of avocado consumption on family nutrition status.

Recent trials were limited to individuals and adults. They did not include blood markers for cardiometabolic diseases. The results of our trial show that Mexican heritage families are less calorically deprived if they have high avocado intakes and nutrition education.

The avocado is the best choice for nutrition. The soft, buttery interior is rich in vitamins C and E, K, B6, folate, vitamin niacin and folate, as well as magnesium, potassium and lutein.

Researchers enrolled 72 families (231) with at least 3 members over 5 years old, living in the same household, without any severe chronic diseases, and not on any specific diets. They also self-identified themselves as Mexican immigrants. For six months, the families were randomly assigned to one of two allotment programs. During that time, both groups received bi-weekly nutrition education sessions.

Two reasons were given for the focus on Mexican-American families. First, Hispanic/Latino Americans have a higher prevalence of obesity and lower intakes of key nutrients than other groups. Hispanic/Latino immigrants’ dietary quality declines when they are acculturated and adopt a Western diet high in refined carbohydrates, animal-based fats, and other unhealthy foods.

Researchers sought to determine if increasing intake of one nutrient-dense food could improve overall health and reduce diet-related disparities. Because avocado is a traditional plant-food, it was first domesticated thousands of year ago in Mexico and other parts of Central and South America.

Researchers did not notice any differences in the body mass or waist circumferences between the groups, but they did observe that avocado consumption increased satiety (the feeling of fullness after eating). Fats and certain dietary fibers like avocados can have an impact on total energy intake. This is because they affect gastrointestinal functions such as slowing gastric emptying, insulin reactions, prolonging nutrient sorption, and moderating key peptide hormones that indicate fullness.

The study showed that avocado consumption by Mexican-American families led to a decrease in animal protein intake, particularly chicken, eggs, and processed meats. These latter are more high in sodium and fat. Current nutrition guidelines recommend a reduction in both fat and salt.

Surprisingly, high avocado consumption was also associated with a lower intake of calcium, iron and vitamin D. Researchers suggested that this could be due to eating less.

The trial’s mixed results and limitations were acknowledged by the researchers. However, they suggested that the trial could be used to support existing public health efforts to reduce sodium and saturated fat, which are both high-calorie foods. Mexican-American participants adhered to the study protocol well, which highlights the importance of using one nutrient-dense food that is already known and preferred by them.

The authors stated that the testing of culturally appropriate plant feet on energy intake should be expanded to other populations by bilingual and bicultural community health workers.