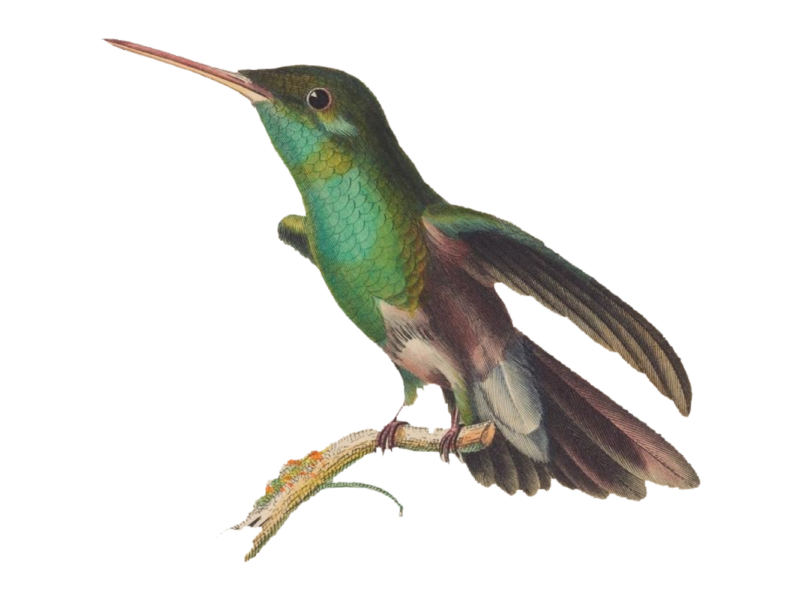 Hummingbirds can pick up a hint of trouble in a fraction of the time it takes to read this sentence. New research from UC Riverside shows that the tiny birds have an active sense of smell.

Researchers have known for some time that vultures have a highly sensitive sense of smell, with some species being compared to “airborne bloodhounds.” This is due in part to their large olfactory bulbs — tissue in the brain that controls smell.

However, the olfactory bulb of hummingbirds is, just like their bodies, very small. Studies in the past were not able to show that hummingbirds prefer nectar-containing flowers. Flowers pollinated with birds don’t usually have strong odors like those pollinated from insects. Scientists did not believe that birds could smell things.

Erin Wilson Rankin is associate professor of entomology and co-author of the study. “This is pretty exciting, as it is the first clear demonstration of hummingbirds using their sense of smell alone to make foraging decisions and avoid contact with potentially dangerous insects at a flower or feeder.”

Researchers allowed over 100 hummingbirds the freedom to choose from two types of feeders: sugar water alone or sugar water plus one of a variety of chemicals that indicated the presence of insects. In each experiment, there were no differences in the visual appearance of the feeders.

The tests included the smell of European honeybees putting on flowers an attraction chemical by Argentine ants and formic acid, a defense compound made by some Formica ants that is known to cause harm to both birds and mammals.

Rankin stated that formic acid can cause severe irritation to birds if there is any skin on the legs. It’s also very volatile.

Both ant-derived chemicals and formic acid were avoided by the hummingbirds. They were unaffected by the honeybee smell, which is known for deterring other bees visiting flowers.

Researchers performed an additional test using ethylbutyrate, which is a common ingredient in human food, to confirm that the birds were actually reacting to the chemical.

Rankin stated “It smells like Juicy Fruit gum, which is not a smell known in nature. I did not enjoy it. The birds did not care about it though and didn’t go out of their way to avoid it.”

Rankin stated that the study raises questions about the importance of scent in birds’ foraging decisions, and more specifically, hummingbird food choices.

Ashley Kim, the first author of the paper and current ecology doctoral candidate at UC San Diego was based at UCR’s Rankin Lab while she participated in this project.

She said, “This research made me understand the importance of studying the basic biology and natural history of animals that are commonly overlooked.”

Kim’s participation was supported by the National Science Foundation, through its Research Experiences for Undergraduates program, which helps undergraduates get hands-on experience conducting research.

Rankin studies trophic interactions or, as she puts it, “who eats whom” in nature. She said that hummingbirds might be competing with insects for flower resources. “Their foraging decisions help us understand how the ecosystem functions, and any actions that ultimately might be needed for conservation.”