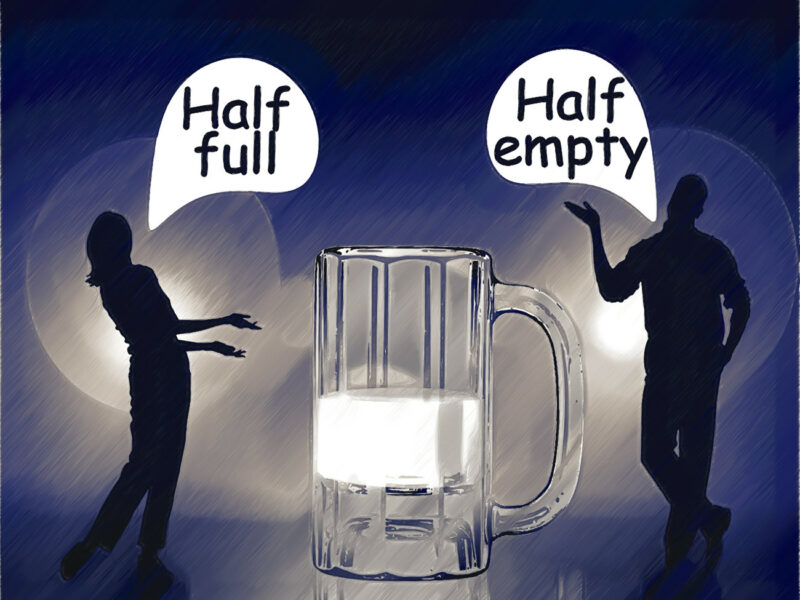 A much better approach to resolving social conflicts is to embrace traits that psychological scientists associate with intellect, such as intellectual humility, diverse perspectives, and open-mindedness.

But applying these elements of wisdom can be difficult, especially during confrontations. The key, according to study published in the journal Psychological Science, is to train yourself ahead of reason about personal conflicts in a wiser manner.

“People typically fail to reason wisely when facing social conflicts, so we designed an intervention to help them,” said Igor Grossmann, director of the Wisdom and Culture Lab at the University of Waterloo, Canada, and the lead author on the paper. “Our fundamental idea was to train people to see situations from a more detached, third-person perspective. This approach enables people to recognize the limits to their knowledge, acknowledge different ways the conflict may play out, and consider and balance multiple viewpoints.”

The researchers’ intervention is based on a rhetorical device called “illeism”–the custom of referring to oneself in the third person. As opposed to saying “I feel hurt and angry,” that a individual may tell themselves, by way of instance, “He feels angry and hurt.”

According to the researchers, by switching perspective from the first to the third person, a person gets better able to assess their own wisdom and appreciate different views.

“A third-person viewpoint, however, is not the typical default position during a conversation or interaction,” said Grossmann. “We believed that through practice and training it can be possible to slowly inculcate this more wisdom-centered approach into a person’s conflict-resolution techniques.”

In the first, participants were granted an initial in-lab assessment to gauge their ideas in a hypothetical social-conflict situation. They were then instructed to maintain a month-long daily journal where they wrote about every day’s important events. 1 group of participants wrote about their expressions from the first person. A second group did the exact same but in the next person.

In the end of the month, the participants had been awarded a second in-lab evaluation to see whether the writing exercise influenced their reflections about another hypothetical personal conflict situation. The results demonstrated that the third-person writing group had developed a more wisdom-centric approach to how they thought about personal conflict. The first-person writing team revealed much less change.

The next experiment involved a similar one-week writing mission and analysis, but it included a third set of participants who have been given no instruction on the best way best to write about their personal conflict experiences. The outcomes of the second experiment affirmed the conclusions of the first.

“Our research demonstrated effectiveness of the illeist diary writing for a change in wisdom compared to first-person and no-instruction diary reflections,” said Grossmann. “After the intervention, distanced self-reflection led to incremental shifts in wise reasoning about personally challenging interactions.”

The statistics suggest that this increase in wise reasoning happened in Part since distanced self-reflection broadened people’s typically narrow self-focus. This study provides the first empirical evidence For the trainability of knowledge in everyday life when working throughout personal conflicts.