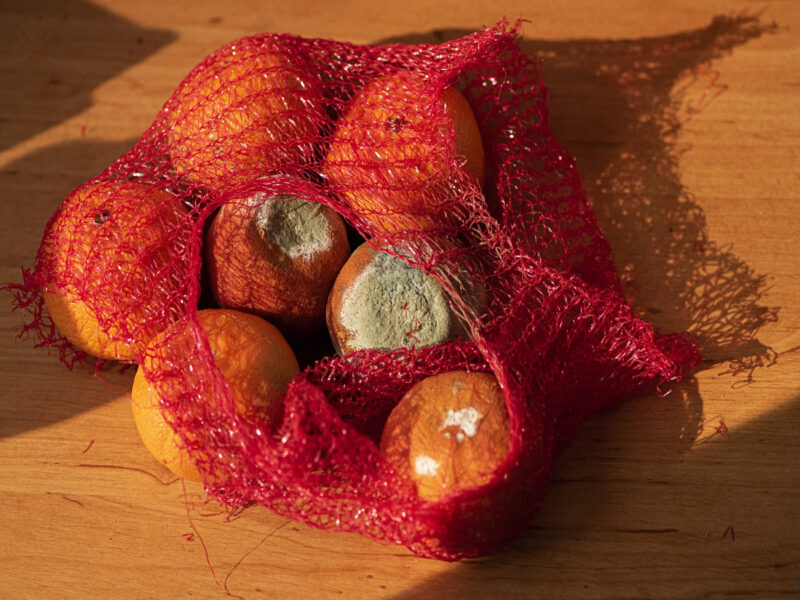 There is a better end for used food than taking up space in landfills and contributing to global warming. UC Riverside scientists have found fermented food waste may boost bacteria which boost crop growth, making plants more resistant to pathogens and reducing carbon emissions from farming.

“Beneficial microbes increased dramatically when we added fermented food waste to plant growing systems,” said UCR microbiologist Deborah Pagliaccia, who led the research. “When there are enough of these good bacteria, they produce antimicrobial compounds and metabolites that help plants grow better and faster.”

Since the plants in this experiment have been grown in a greenhouse, the benefits of the fermented food waste products were maintained inside a closed watering system. The plant roots received a new dose of the treatment each time they were watered.

“This is one of the main points of this research,” Pagliaccia said. “To create a sustainable cycle where we save water by recycling it in a closed irrigation system and at the same time add a product from food waste that helps the crops with each watering cycle.”

These results were described in a paper published in the journal Frontier in Sustainable Food Systems.

Food waste presents a critical threat to the planet. In the U.S. alone, As much as 50 percent of all food is thrown away. The majority of this waste is not recycled into fermented food waste, but instead, takes up over 20 percent of America’s garbage volume.

This waste represents not just an economic loss, but a substantial waste of freshwater resources used to produce food, and a misuse of what might otherwise feed countless low income people who struggle with food security.

To help combat these problems, the UCR research team looked for alternative applications for food waste. They analyzed the byproducts from two kinds of waste that’s readily available from Southern California: beer mash — a byproduct of beer creation — and mixed food waste dropped by grocery stores.

The two kinds of waste were made into fermented food waste by River Road Research then added to the irrigation system watering citrus plants in a greenhouse. Within 24 hours, the average population of beneficial bacteria were two to three orders of magnitude greater compared to plants which didn’t obtain the treatments, and this trend continued each time that the researchers included treatments.

UCR environmental scientist Samantha Ying then analyzed nutrients such as nitrogen and carbon in the soil of the plants that are treated. Her analysis revealed a spike in the total amount of carbon following each fermented food waste treatment, followed by a plateau, indicating the beneficial bacteria used the available carbon to replicate.

Pagliaccia explained that this finding has an impact on the development of the bacteria and on the plants themselves. “If waste byproducts can improve the carbon to nitrogen ratio in crops, we can leverage this information to optimize production systems,” she explained.

Another finding of note is that neither the beer mash nor the mixed “If waste byproducts can improve the carbon to nitrogen ratio in crops, we can leverage this information to optimize production systems, “products tested positive for Salmonella or other pathogenic bacteria, implying they wouldn’t introduce any dangerous element to food plants.

The paper’s results imply utilizing fermented food waste treatment compounds in agriculture is beneficial and may match the usage artificial chemical additives by farmers in some cases relieving the use of these additives altogether. Crops would subsequently become less costly.

When firms enable growers to utilize fermented food waste for agricultural functions, it will help move society toward a more eco-friendly system of consumption.

“We must transition from our linear ‘take-make-consume-dispose’ economy to a circular one in which we use something and then find a new purpose for it. This process is critical to protecting our planet from constant depletion of natural resources and the threat of greenhouse gases,” Pagliaccia said. “That is the story of this project.”