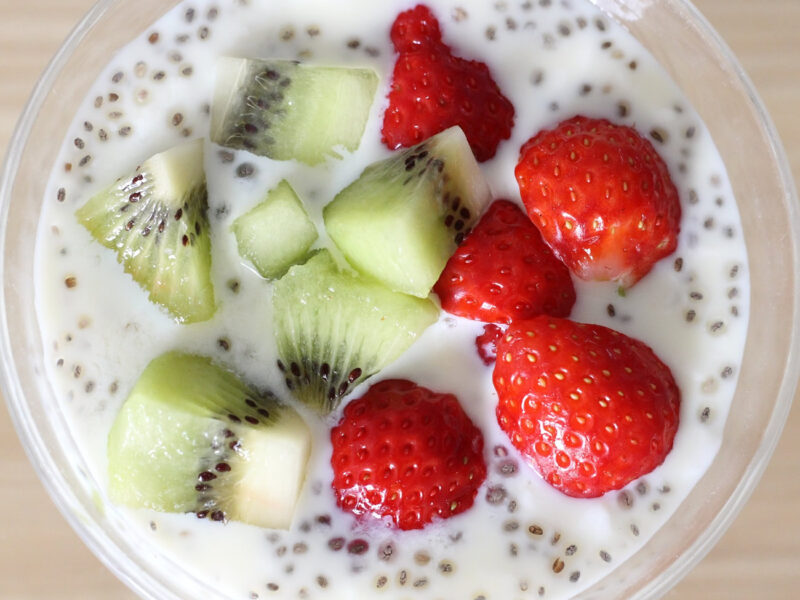 Many everyday foods–from yogurt and other fermented foods to fresh fruits and vegetables–contain live microorganisms. And although individuals have eaten these safe and possibly beneficial bacteria in their daily diets for millennia, live microorganisms have received considerably less attention compared to other elements of the diet. With a rising global awareness of the importance of gut health, a lot of people believe intake of live microorganisms is health-promoting, but so far it hasn’t been possible for experts to create a principle on how many people should be consuming on a daily basis.

A group of seven interdisciplinary scientists lately published a review newspaper in The Journal of Nutrition, Titled: Should There Be a Recommended Daily Intake of Microbes? They clarify that only weak evidence to date supports that the connection between live microorganisms and improved individual health, highlighting specific gaps in the research and laying out a strategy for measuring the connection between consumption of live microorganisms and health outcomes across populations.

In the review, the authors outline why this technological endeavor is worthwhile, however far from simple. Challenges include the scant records on consumption of microorganisms in past human populations; regular mis-reporting of dietary intakes in present nutrition research; and also the intricate biology of the digestive tract, making the mechanisms of microorganisms health benefits difficult to detect.

“People frequently hear that they should keep adding ‘good microbes’ to their gut microbiomes,” says Dr. Mary Ellen Sanders, co-author of the paper and Executive Science Officer of the International Scientific Association for Probiotics and Prebiotics (ISAPP). “This makes intuitive sense, but it’s important to build up the scientific evidence for the idea rather than just assume this is true. Our paper is a call for scientists around the world to start building the evidence base in a rigorous way.”

“Currently, food guides around the world do not recommend daily intake of live microbes,” says Sanders. “Although continual doses of live microbes may not be critical for our survival, by ignoring them we may be missing out on an important opportunity to support the health of different populations.”