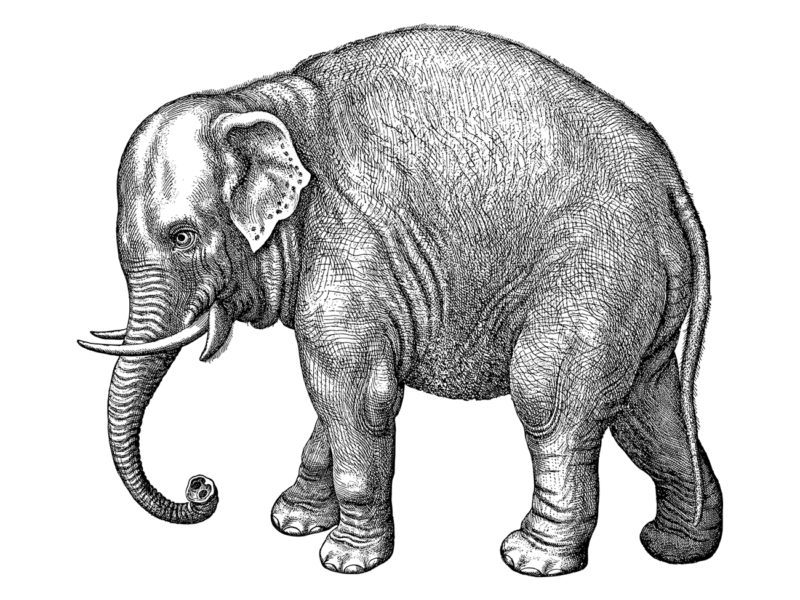 The analysis, published in the journal Palaeogeography, Palaeoclimatology, Palaeoecology — and based on a book dataset drawn from 51 fossil sites in present-day India — records a low-magnitude extinction that started about 30,000 years ago. That was about 30,000 years after modern humans arrived in the Indian Subcontinent.

Tropical Asia and Africa are the only areas on earth that maintain diverse populations of large, land-dwelling mammals, such as elephants, rhinos, and large cats. A brand new study consisted by Yale researcher Advait M. Jukar implies that the persistence of mammalian megafauna in the Indian Subcontinent is related to the large beasts’ extended coexistence there together with homo sapiens and other human ancestors.

The analysis provides the first direct and independent test of the “co-evolution hypothesis,” a commonly held theory that the magnitude of an extinction correlates with the amount of time that large mammals coexist with humans and their hominin ancestors, the researchers said.

“During the past 100,000 years, people have been implicated in the extinction of large, land-dwelling mammals all over the world, but Indian megafauna proved more resilient and, as in Africa, have co-existed with humans for much longer periods than in other regions,” said Jukar, a Gaylord Donnelly Postdoctoral Associate at the Yale Institute for Biospheric Studies and the study’s lead author. “Our work supports the idea that some large species co-evolved with human ancestors, adapting to their presence and developing behaviors that helped them cope with how they altered the habitat.”

Jukar co-authored the analysis by S. Kathleen Lyons and Peter J. Wagner at the University of Nebraska-Lincoln, and Mark D. Uhen of George Mason University.

Not all mammals on the Indian Subcontinent survived, of course. The researchers document the extinctions of Palaeoloxodon namadicus and Stegodon namadicus, two species of elephant; Hexaprotodon sp., a hippopotamus; and Equus namadicus, a zebra-like horse. They also demonstrate the extirpation, or local extinction, of ostriches, which live elsewhere, and the “pseudo-extinction” of the aurochs — the wild ancestor of the national zebu cows that flourish in India today. The four extinctions represent about 4% of mainland India’s mammalian fauna and 20% of its mammalian megafauna, animals weighing more than 50 kilograms, or 110 lbs. Human activity together with the species’ restricted ranges and slow breeding rates contributed to those extinctions, Jukar said

The extinction rate in India over the past 50,000 years is comparable to that of eastern and southern Africa, but 2.5 times bigger than in South America and 4 times smaller than in North America, Europe, Madagascar, and Australia, according to the study. The researchers noticed that India’s extinction pattern is strikingly similar to that of Africa, where people first evolved, lending support to the co-evolution hypothesis. (The very first hominins– a group that includes modern people and all our immediate ancestors — arrived in India about 1.7 to 1.5 million years back.) The researchers conclude that, as in Africa, land-dwelling megafauna provided remarkably resilient to human pressures. They found that the existence of different hominins had little to no impact on the Indian Subcontinent’s animal life and posit that early humans may have preferred to hunt smaller prey, like primates or rodents, to megafauna.

The investigators also note that Asian elephants, tigers, and other large mammals in India had extensive ranges extending from Turkey to Southeast Asia, which improved their chances of survival. The extinct species’ ranges, but were limited to the Indian Subcontinent, the investigators explain. They notice that a few species, including the Asian elephant, are known to occupy refugia — regions that offer protection through drought and other periods when conditions become adverse.

That India’s large mammals have proven resilient to the presence of humans is no excuse not to become aware of conservation, Jukar cautioned.

“Today’s mammals are facing many of the same pressures that these extinct mammals faced, but they are confined to smaller and smaller ranges,” he said. “Climate change and the human activities that caused the extinctions we’ve documented are now accelerating at unprecedented rates. If we ignore these factors, we will lose the elephants, rhinos, and tigers that have survived.”