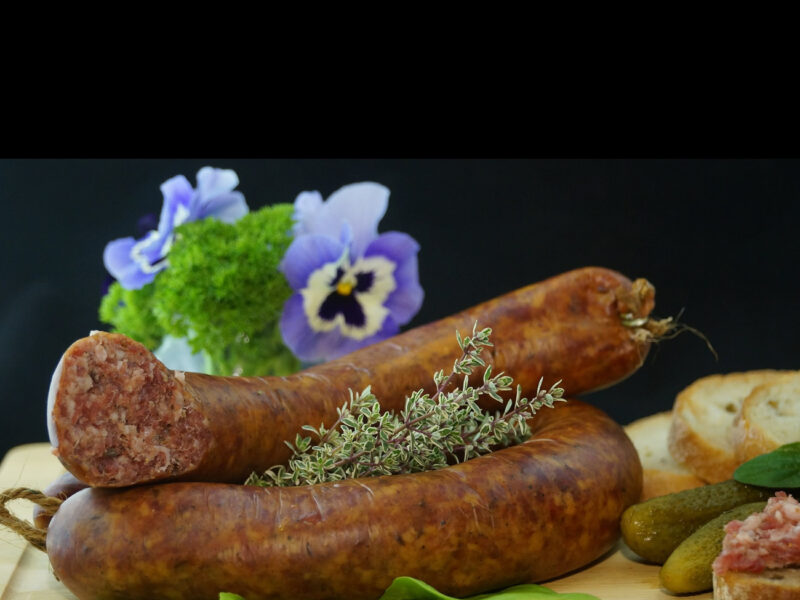 Microbes in “starter cultures” impart a distinctive tang and longer shelf life to food like sourdough bread, yogurt and kimchi through the process of fermentation. To get a better grasp of how microbes do this in fermented sausages, such as chorizo and pepperoni, researchers reporting in the Journal of Agricultural and Food Chemistry carefully show that these tiny organisms change the composition of fatty acids in these meats, contributing to many desirable traits.

Fatty acids and related compounds can influence the quality of fermented foods. For example, one species of bacteria in sourdough cultures produces a type of fatty acid that increases bread’s resistance to mold. Scientists, however, haven’t had a good handle on how specific cultures drive the formation of these and other similar compounds in meat, partially because some of the previous studies on meats have not included a bacteria-free control. To better understand the link between microbes and molecules, Nuanyi Liang and colleagues wanted to see how the production of fatty acids within sausages varied depending on the microbial culture used to ferment it.

To do so, they prepared the meat three ways. In one method, they included only the bacterium Latilactobacillus sakei; in another preparation, they used both L. sakei and Staphylococcus carnosus. Both of these samples were made in such a way as to prevent contamination from bacteria in the environment. They treated the third sample — the control — with an antibiotic solution to eliminate the microbes naturally living within the sausage. Over the course of 20 days, they checked the sausages and found a markedly different profile for microbe-free sausage compared to the sausage containing either of the two microbial cultures. For example, the researchers observed that linolenic acid, an unsaturated fatty acid, was accumulating in the microbe-free sausage but not in the cultured sausage. Differences emerged between the two sets of microbes as well, with the sausage containing the L. sakei culture alone, for example, producing higher levels of coriolic acid, which has antifungal activity and, at higher concentrations, also imparts bitter taste. A better understanding of the biochemistry by which microbes influence the quality of sausage and other fermented foods will aid the production of consistent, long-lasting and good-tasting products, the researchers say.