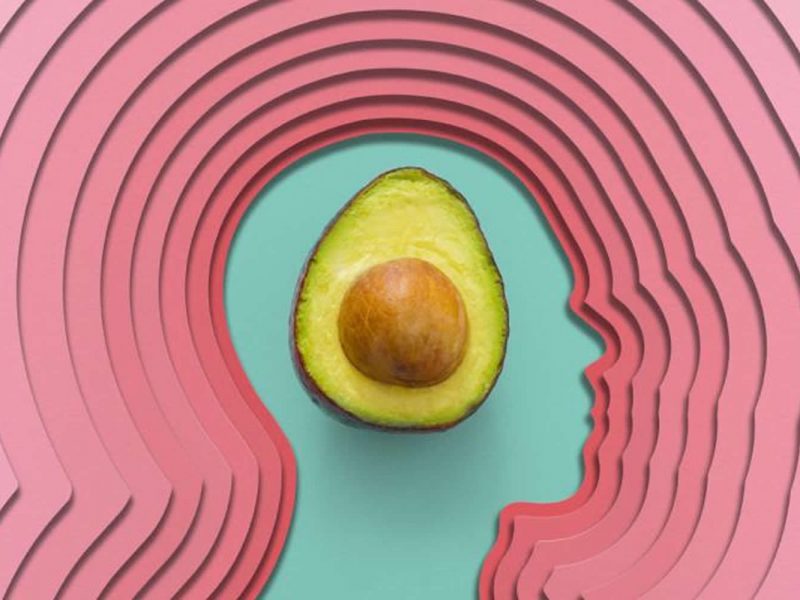 An avocado a day improves the ability to focus attention for overweight or obese adults, Illinois researchers found in a new study.

A diet including daily avocado consumption improves the ability to focus attention in adults whose measurements of height and weight are categorized as overweight or obese, a new randomized control trial found.

Researchers at the University of Illinois at Urbana-Champaign conducted the 12-week study, published in the International Journal of Psychophysiology.

“Previous work has shown that individuals with overweight and obesity are at higher risk for cognitive decline and dementia in older age,” said kinesiology and community health professor Naiman Khan, who led the study. “We are interested in whether dietary approaches may have benefits for cognitive health, especially in midlife.”

The Hass Avocado Board and the U.S. Department of Agriculture’s National Institute of Food and Agriculture supported this work.

Avocados are high in lutein, a dietary component associated with cognitive benefits. Though avocado consumption’s benefits have been studied in older adults and children, no randomized controlled trials had studied its cognitive effects on adults with overweight or obesity, despite 70% of the American adult population falling into that category, said graduate student Caitlyn Edwards, the first author of the study.

In the new study, the researchers provided 12 weeks of daily meals to 84 adults with overweight or obesity. The meals were identical in calories and macronutrients, but one group’s meals included a fresh avocado every day, while the control group had no avocado in their meals.

At the beginning and end of the study, the participants completed three cognitive tests to measure attention and inhibition. In addition, the researchers measured lutein levels in the participants’ serum and in their retinas, which is associated with the lutein concentration in the brain.

They found that the participants whose diets included avocados improved their performance on one of the cognitive tests, called the Flanker task, which measures attentional inhibition – the ability to maintain focus on the task at hand even in the face of distraction. However, there was no difference in the other two cognitive tests.

“It could be that nutrients in avocados have a specific action in the brain that supports the ability to do this task in particular, or they could be more beneficial for certain cognitive abilities over others,” Khan said. “It’s also possible that with a longer study or different tests, we could see other effects. Other studies have found broader effects in other populations, so it is interesting to see a more specific benefit for this population.”

Another unexpected finding was that, while the participants who ate avocados had higher levels of lutein at the end of the study, the changes in lutein levels were not correlated with their cognitive changes.

“Avocados also are high in fiber and monounsaturated fats. It is possible that these other nutrients may have played a role in the cognitive effects we saw, but we focused on the lutein in our analyses,” Edwards said. “Future analyses may focus on other nutrients found in avocados, or avocado consumption’s impact on other measures such as weight status, inflammation and potential changes in the microbiome.”

Although this study focused on avocados, other dietary sources of lutein, fiber and unsaturated fats – such as green leafy vegetables or eggs – also have potential cognitive and health benefits. The researchers say their study shows that small dietary changes, such as eating avocados, can have measurable impacts on cognitive performance, even when other health behaviors remain the same.

“Our mission is to give people options. There are multiple ways people can eat to optimize brain health,” Khan said. “What we’re learning is that avocados may be one of those fruits that may be neuroprotective in certain ways. This work provides some evidence behind one option people have from a plethora of healthful foods that we can consume.”