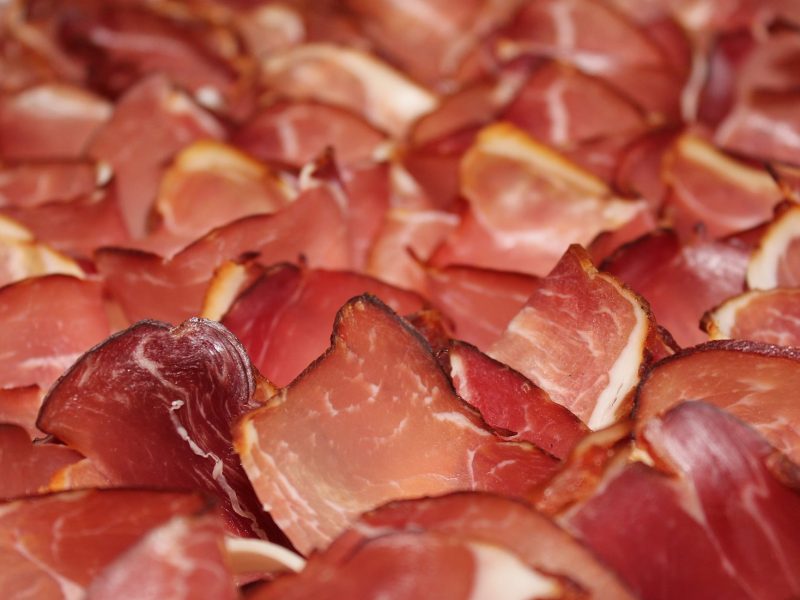 Drop the steak knife. After a controversial study last fall recommending that it was not necessary for people to change their diet in terms of red meat and processed meat, a large, carefully analyzed new study links red and processed meat consumption with slightly higher risk of heart disease and death, according to a new study from Northwestern Medicine and Cornell University.

Eating two servings of red meat, processed meat or poultry — but not fish — per week was linked to a 3 to 7% higher risk of cardiovascular disease, the study found. Eating two servings of red meat or processed meat — but not poultry or fish — per week was associated with a 3% higher risk of all causes of death.

“Modifying intake of these animal protein foods may be an important strategy to help reduce the risk of cardiovascular disease and premature death at a population level,” said lead study author Victor Zhong, assistant professor of nutritional sciences at Cornell, who did the research when he was a postdoctoral fellow in Allen’s lab.

The paper will be published in JAMA Internal Medicine.

The new findings come on the heels of a controversial meta-analysis published last November that recommended people not reduce the amount of red meat and processed meat they eat. “Everyone interpreted that it was OK to eat red meat, but I don’t think that is what the science supports,” Allen said.

“Our study shows the link to cardiovascular disease and mortality was robust,” Zhong said.

What should we eat?

“Fish, seafood and plant-based sources of protein such as nuts and legumes, including beans and peas, are excellent alternatives to meat and are under-consumed in the U.S.,” said study coauthor Linda Van Horn, professor of preventive medicine at Feinberg who also is a member of the 2020 U.S. Dietary Guidelines Advisory committee.

The study found a positive association between poultry intake and cardiovascular disease, but the evidence so far isn’t sufficient to make a clear recommendation about poultry intake, Zhong said. Still, fried chicken is not recommended.

The new study pooled together a large diverse sample from six cohorts, included long follow-up data up to three decades, harmonized diet data to reduce heterogeneity, adjusted a comprehensive set of confounders and conducted multiple sensitivity analyses. The study included 29,682 participants (mean age of 53.7 years at baseline, 44.4% men and 30.7% non-white). Diet data were self-reported by participants, who were asked a long list of what they ate for the previous year or month.

Limitations of the study are participants’ dietary intake was assessed once, and dietary behaviors may have changed over time. In addition, cooking methods were not considered. Fried chicken, especially deep fat-fried sources that contribute trans-fatty acids, and fried fish intake have been positively linked to chronic diseases, Zhong said.