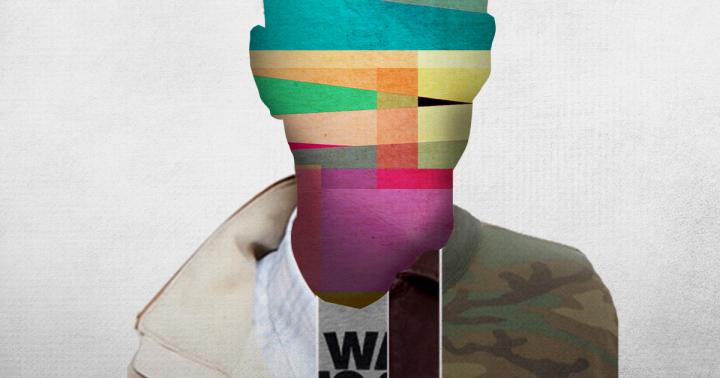 People perceive a person’s competence partly based on subtle economic cues emanating from the person’s clothing, according to a study published in Nature Human Behaviour by Princeton University. These judgments are made in a matter of milliseconds, and are very hard to avoid.

In nine studies conducted by the researchers, people rated the competence of faces wearing different upper-body clothing. Clothing perceived as “richer” by an observer — whether it was a T-shirt, sweater, or other top — led to higher competence ratings of the person pictured than similar clothes judged as “poorer,” the researchers found.

Given that competence is often associated with social status, the findings suggest that low-income individuals may face hurdles in relation to how others perceive their abilities — simply from looking at their clothing.

“Poverty is a place rife with challenges. Instead of respect for the struggle, people living in poverty face a persistent disregard and disrespect by the rest of society,” said study co-author Eldar Shafir, Class of 1987 Professor in Behavioral Science and Public Policy at Princeton’s Woodrow Wilson School of Public and International Affairs. “We found that such disrespect — clearly unfounded, since in these studies the identical face was seen as less competent when it appeared with poorer clothing — can have its beginnings in the first tenth of a second of an encounter.”

“Wealth inequality has worsened since the late 1980s in the United States. Now the gap between the top 1% and the middle class is over 1,000,000%, a mind-numbing figure,” said lead author DongWon Oh, who worked on the study as a Ph.D. student at Princeton, and is now a postdoctoral fellow in New York University’s Department of Psychology. “Other labs’ work has shown people are sensitive to how rich or poor other individuals appear. Our work found that people are susceptible to these cues when judging others on meaningful traits, like competence, and that these cues are hard, if not impossible, to ignore.”

Oh and Shafir, who is the inaugural director of Princeton’s Kahneman-Treisman Center for Behavioral Science & Public Policy, conducted the study with Alexander Todorov, professor of psychology at Princeton.

The researchers began with images of 50 faces, each wearing clothes rated as “richer” or “poorer” by an independent group of judges who were asked, “How rich or poor does this person look?” Based on those ratings, the researchers selected 18 black and 18 white face-clothing pairs displaying the most prominent rich-poor differences. These were then used across the nine studies.

To make sure the clothes did not portray extreme wealth or poverty, the researchers asked a separate group of judges to describe the clothing seen in the images. The descriptions revealed very mild differences, and extremely positive or negative words were rare. The words “rich” or “poor,” or their synonyms, occurred only once out of a total 4,725 words.

Participants were then presented with half of the faces wearing “richer” upper-body clothing, and the other half with “poorer” clothing. They were told that the researchers were interested in how people evaluate others’ appearances, and were asked to rate the competence of the faces they saw, relying on their “gut feelings,” on a scale of 1 (not at all) to 9 (extremely).

Participants saw the images for three different lengths of time, ranging from about one second to approximately 130 milliseconds, which is barely long enough to realize one saw a face, Shafir said. Remarkably, ratings remained consistent across all time durations.

In several of the studies that followed, the researchers made tweaks to the original design.

In some studies, they replaced all suits and ties with non-formal clothing. In others, they told participants there was no relationship between clothes and competence. In one study, they provided information about the persons’ profession and income to minimize potential inferences from clothing. In another, they expanded the participant pool to nearly 200, and explicitly instructed participants to ignore the clothing.

Later, a new set of faces was used, and the participants were again advised to ignore the clothing. To further encourage participants to ignore the clothes, another study offered a monetary reward to those whose ratings were closest to ratings made by a group who saw the faces without clothes. In the final study, instead of asking for individual ratings, the researchers presented pairs of faces from the previous studies and asked participants to choose which person was more competent.

Regardless of these changes, the results remained consistent: Faces were judged as significantly more competent when the clothing was perceived as “richer.” This judgment was made almost instantaneously and also when more time was provided. When warned that clothing had nothing to do with competence, or explicitly asked to ignore what the person in the photo was wearing, the biased competency judgments persisted.

Across studies, the researchers found that economic status — captured by clothing cues — influenced competency judgments. This persisted even when the faces were presented very briefly, when information was provided about a person’s profession or income, when clothing was formal or informal, when participants were advised to ignore the clothing, when participants were warned there was no relationship between clothing and competency, and when they were offered a monetary incentive for making judgments independent of the clothing.

“To overcome a bias, one needs to not only be aware of it, but to have the time, attentional resources, and motivation to counteract the bias,” the researchers wrote. “In our studies, we warned participants about the potential bias, presented them with varying lengths of exposure, gave them additional information about the targets, and offered financial incentives, all intended to alleviate the effect. But none of these interventions were effective.”

An important concern for future psychological work is how to transcend first impressions, the researchers conclude.

“Knowing about a bias is often a good first step,” Shafir said. “A potential, even if highly insufficient, interim solution may be to avoid exposure whenever possible. Just like teachers sometimes grade blindly so as to avoid favoring some students, interviewers and employers may want to take what measures they can, when they can, to evaluate people, say, on paper so as to circumvent indefensible yet hard to avoid competency judgments. Academic departments, for example, have long known that hiring without interviews can yield better scholars. It’s also an excellent argument for school uniforms.”