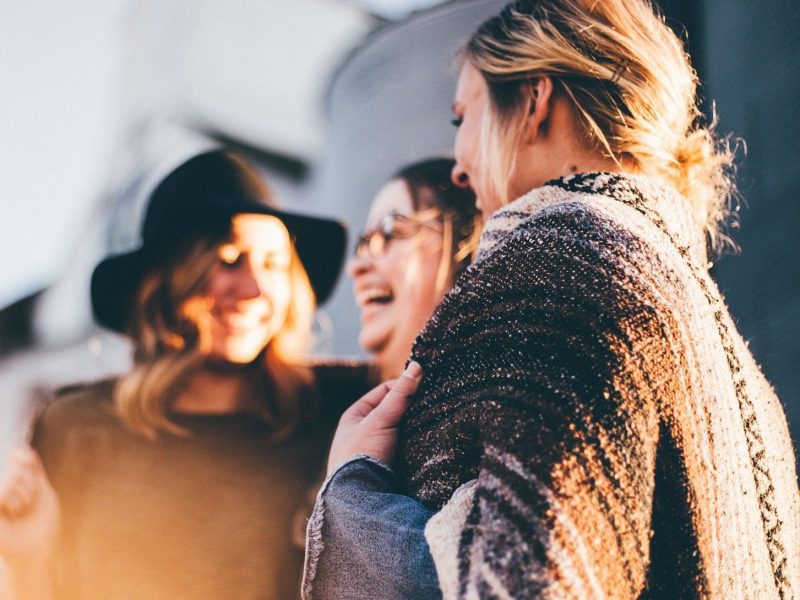 Poets and songwriters may tend to focus their artistry on passion and romance, but it may be those unsung, brief feelings of love throughout the day that are connected with psychological well-being, according to a team of researchers led by two Penn State Institute for Computational and Data Sciences (ICDS) researchers. They added that the findings could one day lead to interventions aimed at boosting well-being.

In two studies, the researchers found that people who experienced higher “felt love” — brief experiences of love and connection in everyday life — also had significantly higher levels of psychological well-being, which includes feelings of purpose and optimism, compared to those who had lower felt love scores. They also found that people with higher felt love tended to have higher extraversion personality scores, while people with lower felt love scores were more likely to show signs of neuroticism.

“We took a very broad approach when we looked at love,” said Zita Oravecz, assistant professor of human development and family studies and ICDS faculty co-hire. “Everyday felt love is conceptually much broader than romantic love. It’s those micro-moments in your life when you experience resonance with someone. For example, if you’re talking to a neighbor and they express concern for your well-being, then you might resonate with that and experience it as a feeling of love, and that might improve your well-being.”

According to the researchers, the baseline of the subjects’ felt love experiences, in general, rose throughout the study, suggesting that the nudges to recognize examples of love and connection during the study may also have gradually increased the subjects’ overall sense of being loved. Stronger experiences of felt love, in turn, are associated with improvements in psychological well-being.

The researchers, who report their findings in the current issue of Personality and Individual Differences, added that because the studies have only shown a correlation between felt love and well-being, more research would be needed to establish a causal relationship. If a firmer connection is established, the researchers said possible interventions could be designed, such as sending regular reminders to a person’s smartphone to draw attention to the felt love that they may be experiencing in that moment to raise psychological well-being. Similar interventions have been designed for mindfulness and gratitude.

The team relied on smartphone technology to gather data from participants throughout their everyday lives. In the first study, they recruited 52 people of various ages. The second study consisted of 160 undergraduate students. Participants received six random prompts throughout the day over a four-week period to assess felt love and well-being, according to Timothy Brick, assistant professor of human development and family studies and ICDS co-hire. He added that sending these messages randomly throughout the day was critical to manage the possible effects of expectation bias.

“It’s important from a research point-of-view,” said Brick. “If the participants expect a call or a text at a certain time of day, they are no longer reacting to what’s going on in their daily life, but are expecting the prompt and reacting to that expectation.”

Gathering data multiple times throughout the day from more than 200 subjects over a month can produce a lot of data, said Brick. Also, these everyday experiences of love tend to fluctuate during the study, which can result in what the researchers termed “noisy” data.

“It’s often very difficult to measure psychological quantities because we don’t always have a great idea about what’s going on in our own heads,” said Brick.

Oravecz added, “But with the right statistical methods, we can start to get at questions about difficult constructs like love or compassion, and hopefully build interventions to promote them.”

To analyze this large amount of noisy data, the researchers used nuanced statistical tools. According to Oravecz, the researchers specifically used a Bayesian latent stochastic differential equations model to cut through the noise in the data and identify processes happening underneath. This method is especially suited to help scientists investigate intricate social systems, which often involve relationships that generate complex, highly variable data, she said.

According to the researchers, this statistical method may be used more as social scientists begin to gather large amounts of real-world data from sensors on wearable devices. The researchers used computational resources of ICDS’s advanced computer infrastructure for their analysis.