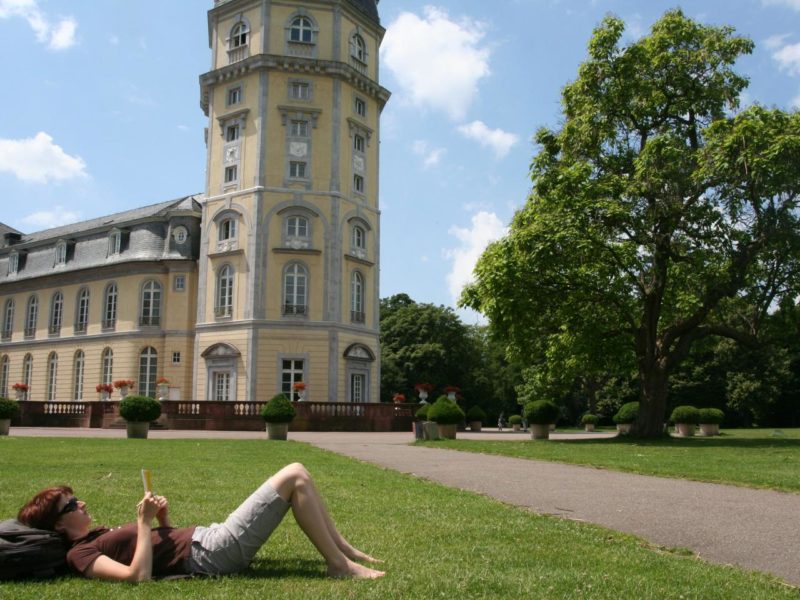 Green areas in the inner city can directly improve the wellbeing of urban citizens. This is the result of an interdisciplinary study, in which Karlsruhe Institute of Technology (KIT) was involved. According to the study, people with a reduced brain capacity to self-regulate negative feelings benefit most from the green areas. The study combining epidemiology, psychology, neural imaging, and geo informatics is reported in Nature Neuroscience (DOI 10.1038/s41593-019-0451-y).

Neighboring green areas with trees, shrubs, lawns, and flowers make people feel good not only in the heat of summer. The reasons were studied on a neural level by researchers of KIT’s Institute of Sports and Sports Science (IfSS), the Central Institute of Mental Health (CIMH), Mannheim, and Heidelberg University. “We pursued an interdisciplinary approach combining methods of epidemiology, psychology, neuroimaging, and geo informatics, ” says Professor Ulrich Ebner-Priemer, Deputy Head of the IfSS and Head of the Mental Health Lab specialized in outpatient assessment, i.e. registration of human experience and behavior in everyday life.

In the study coordinated by the CIMH, 33 urban citizens aged from 18 to 28 were asked to evaluate their mood with specially equipped smartphones about nine times per day for one week. During this period, the participants went on with their normal daily routines. After this, the proportion of green areas in the neighborhood was determined from highly resolved aerial photos and with the help of geo-information methods. In situations, in which they were surrounded by more green areas in the city, the participants turned out to have a higher wellbeing. In a second step, 52 other young adults were asked to assess their mood in everyday life in the same way. After the assessment phase of seven days, these participants were additionally examined by functional magnetic resonance imaging (fMRI). This method is used to represent certain brain functions. The results of the second group were found to be in agreement with those of the first run.

The Mental mHealth Lab of KIT was responsible for determining and evaluating the whereabouts of the test persons and the repeated recording of the wellbeing in so-called GPS-triggered electronic diaries on the smartphones. In addition, the team collected sensor data on physical activities of the test persons in everyday life as well as weather data. These data were then evaluated using statistical multi-level models. “With our methods, it was possible to find out whether exposure to green areas in cities directly changes the wellbeing of test persons,” explains Markus Reichert of the Mental mHealth Lab. Together with Dr. Urs Braun and Professor Heike Tost, CIMH, he is the first author of the study. “This so-called within-subject question was studied for the first time in this form.”

The results of the study are now reported in Nature Neuroscience and can be summarized as follows: The larger the green areas in the neighborhood of the urban citizens are, the higher is the wellbeing. Persons, who very positively reacted to green areas, were found to have a reduced activity in the dorsolateral prefrontal cortex. This brain region has a central control function in processing negative emotions and stressful environmental experience. “These results suggest that green areas are particularly important for persons, whose capacity to self-regulate negative emotions is reduced,” says Professor Andreas Meyer-Lindenberg, Chairman of the CIMH Executive Board and Medical Director of the Department of Psychiatry and Psychotherapy.

“The results of the study are of highest interest to urban planning taking into account healthcare aspects,” Markus Reichert adds. “Green areas evenly distributed in the city might develop a great potential for preventing psychic diseases.” Earlier studies have already shown that people grown up and living in the city react differently to stress than rural residents and have a far higher risk of developing depressions, schizophrenia, and anxiety disorders. This finding is even more fatal, as urbanization is progressing quickly. According to the United Nations, more people are currently living in cities than in rural areas. It is estimated that in 2050 about two thirds of the global population will live in cities.