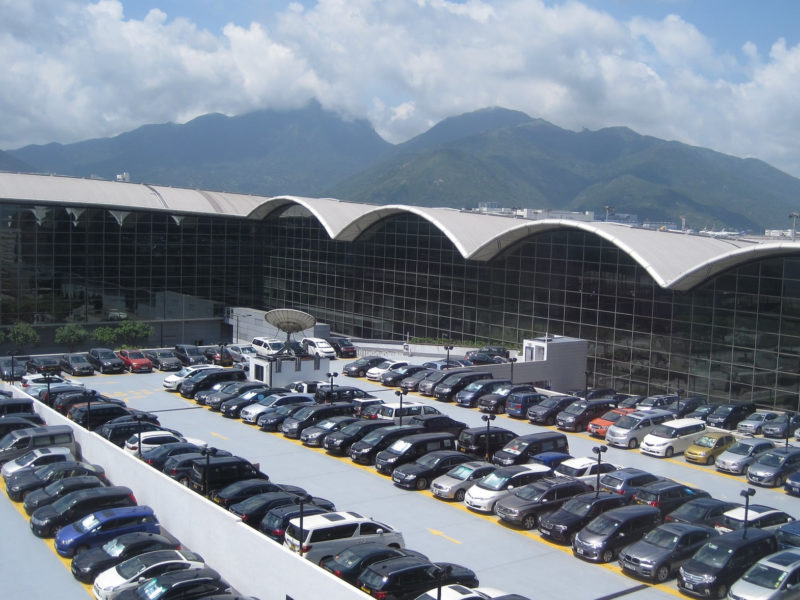 Just as mathematics reveals the motions of the stars and the rhythms of nature, it can also shed light on the more mundane decisions of everyday life. Where to park your car, for example, is the subject of a new look at a classic optimization problem by physicists Paul Krapivsky (Boston University) and Sidney Redner (Santa Fe Institute) published in Journal of Statistical Mechanics.

The problem assumes what many of us can relate to when exhausted, encumbered, or desperate to be somewhere else: the best parking space is the one that minimizes time spent in the lot. So that space by the front door is ideal, unless you have to circle back three times to get it. In order to reduce the time spent driving around the lot AND walking across it, the efficient driver must decide whether to go for the close space, quickly park further out, or settle for something in-between.

“Mathematics allows you to make intelligent decisions,” Redner says. “It allows you to approach a complex world with some insights.”

In their paper, Krapivsky and Redner map three simple parking strategies onto an idealized, single row parking lot. Drivers who grab the first space available follow what the authors call a “meek” strategy. They “waste no time looking for a parking spot,” leaving spots near the entrance unfilled. Those who gamble on finding a space right next to the entrance are “optimistic.” They drive all the way to the entrance, then backtrack to the closest vacancy. “Prudent” drivers take the middle path. They drive past the first available space, betting on the availability of at least one other space further in. When they find the closest space between cars, they take it. If no spaces exist between the furthest parked car and the entrance, prudent drivers backtrack to the space a meek driver would have claimed straightaway.

Despite the simplicity of the three strategies, the authors had to use multiple techniques to compute their relative merits. Oddly enough, the meek strategy mirrored a dynamic seen in the microtubules that provide scaffolding within living cells. A car that parks immediately after the furthest car corresponds to a monomer glomming on to one end of the microtubule. The equation that describes a microtubule’s length– and sometimes dramatic shortening– also described the chain of “meek” cars that accumulate at the far end of the lot.

“Sometimes there are connections between things that seem to have no connection,” Redner says. “In this case, the connection to microtubule dynamics made the problem solvable.”

To model the optimistic strategy, the authors wrote a differential equation. Once they began to mathematically express the scenario, they spotted a logical shortcut which greatly simplified the number of spaces to consider.

The prudent strategy, according to Redner, was “inherently complicated” given the many spaces in play. The authors approached it by creating a simulation that allowed them to compute, on average, the average density of spots and the amount of backtracking required.

So which strategy is best? As the name suggests, the prudent strategy. Overall, it costs drivers the least amount of time, followed closely by the optimistic strategy. The meek strategy was “risibly inefficient,” to quote the paper, as the many spaces it left empty created a lengthy walk to the entrance.

Redner acknowledges that the optimization problem sacrifices much real-world applicability in exchange for mathematical insight. Leaving out competition between cars, for example, or assuming cars follow a uniform strategy under each scenario, are unrealistic assumptions that the authors may address in a future model.

“If you really want to be an engineer you have to take into account how fast people are driving, the actual designs of the parking lot and spaces — all these things,” he remarks. “Once you start being completely realistic, [every parking situation is different] and you lose the possibility of explaining anything.”

Still, for Redner, it’s all about the joy of thinking analytically about everyday situations.

“We’re living in a crowded society and we always encounter crowding phenomena in parking lots, traffic patterns, you name it,” he says. “If you can look at it with the right eyes, you can account for something.”