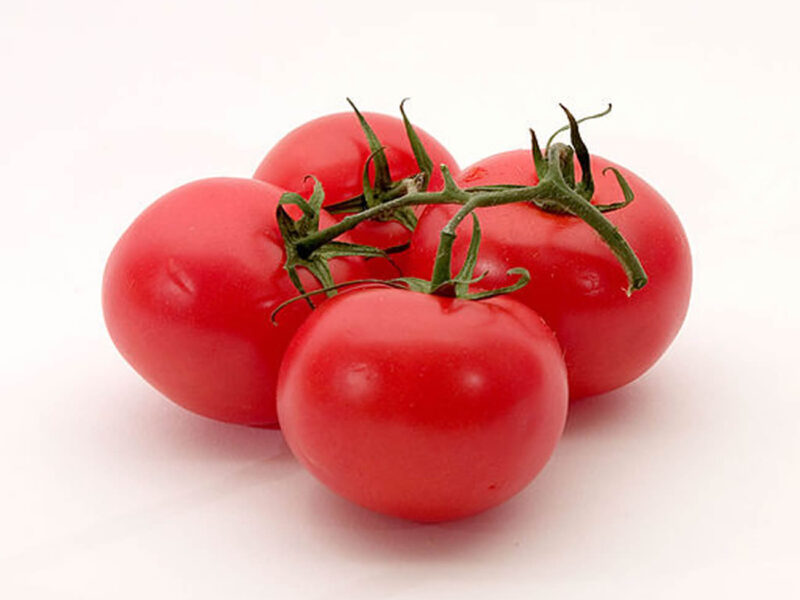 Tomato lovers rejoice: Adding or rearranging a few simple steps in commercial processing could dramatically improve the flavor of this popular fruit sold in the grocery store, according to researchers.

The scientists will present new research on flavor-saving methods at the 250th National Meeting & Exposition of the American Chemical Society (ACS), the world’s largest scientific society. The meeting features more than 9,000 reports on new advances in science and other topics.

“Ideally, tomatoes should be picked ripe and then sold immediately, as they are at farm stands,” says Jinhe Bai, Ph.D. But this isn’t always possible for commercially sold tomatoes, which are often stored and then shipped over long distances.

To prevent tomatoes from becoming too ripe before they reach the store, growers pick them when they are still green. Packers then use a gas called ethylene to trigger fruit ripening, and after that the tomatoes are stored and shipped at low temperatures.

The problem is that chilling tomatoes degrades their flavor, says Bai. In an effort to improve the flavor quality, his team developed a slightly different method. “To produce a better tasting tomato, we added a hot water pre-treatment step to the usual protocol that growers follow,” he explains. “We found that this pre-treatment step prevents flavor loss due to chilling.”

Describing the process in more detail, Bai explains that he and his colleagues at the U.S. Department of Agriculture, Agricultural Research Service, and the University of Florida dipped Florida-grown green tomatoes in hot water (about 125 degrees Fahrenheit) for five minutes and then let them cool at room temperature. Next they chilled the fruit to between 41 and 55 degrees Fahrenheit, the temperatures commercial producers use for shipping. After the tomatoes fully ripened, the researchers tested them for flavor and aroma.

Currently, they are monitoring flavor compounds at additional time points — when the tomatoes are green, soon after the process is performed and when they are partially ripened. This information will be combined with data on fully ripened tomatoes to help the team develop a better commercial process.

Bai says that his team’s approach is an easy, inexpensive fix to the flavor problem. Many post-harvest technologies sacrifice flavor to prevent bruising or spoiling, he points out. “Our methods can easily be implemented in the current commercial system without risking fruit decay,” he explains.

They also tried alternative methods to hot water, such as incubating green tomatoes with methyl salicylate, also known as wintergreen oil, an antifungal fumigant that is “generally recognized as safe” by the U.S. Food and Drug Administration.

He says he and his colleagues have successfully preserved flavor with another method, too. With this procedure, they picked the tomatoes at a later stage than growers usually do. Instead of picking them when they were all green, the researchers waited and collected them when the fruits were half-green and half-pink (the breaker stage). Then, they treated them with 1-methylcyclopropene (a gas approved by the U.S. Environmental Protection Agency). They did this to make the fruit more tolerant to cell death and deterioration at higher storage temperatures. Thus the chilling step was avoided and the flavor maintained. The researchers plan to closely compare the flavor-saving qualities of all techniques.

Once the researchers determine if one of the methods is better, they will approach food processing firms to determine if they are interested in adopting the technique, Bai says.