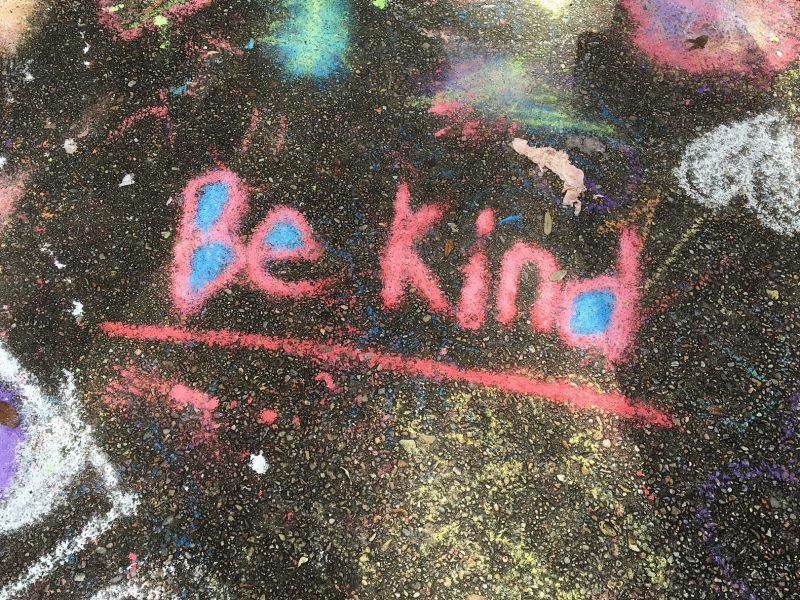 Taking time to think kind thoughts about yourself and loved ones has psychological and physical benefits, new research suggests.

A study by the Universities of Exeter and Oxford has found that taking part in self-compassion exercises calms the heart rate, switching off the body’s threat response. Previous studies have shown that this threat response damages the immune system. Researchers believe the ability to switch off this response may lower the risk of disease.

In the study, published in the journal Clinical Psychological Science, 135 healthy University of Exeter students were divided into five groups, and members of each group heard a different set of audio instructions. The team took physical measurements of heart rate and sweat response, and asked participants to report how they were feeling. Questions included how safe they felt, how likely they were to be kind to themselves and how connected they felt to others.

The two groups whose instructions encouraged them to be kind to themselves not only reported feeling more self-compassion and connection with others, but also showed a bodily response consistent with feelings of relaxation and safety. Their heart rates dropped and the variation in length of time between heartbeats – a healthy sign of a heart that can respond flexibly to situations. They also showed lower sweat response.

Meanwhile, instructions that induced a critical inner voice led to an increased heart rate and a higher sweat response – consistent with feelings of threat and distress.

First author Dr Hans Kirschner, who conducted the research at Exeter, said: “These findings suggest that being kind to oneself switches off the threat response and puts the body in a state of safety and relaxation that is important for regeneration and healing.”

Lead researcher Dr Anke Karl, of the University of Exeter, said: “Previous research has found that self-compassion was related to higher levels of wellbeing and better mental health, but we didn’t know why.

“Our study is helping us understand the mechanism of how being kind to yourself when things go wrong could be beneficial in psychological treatments. By switching off our threat response, we boost our immune systems and give ourselves the best chance of healing. We hope future research can use our method to investigate this in people with mental health problems such as recurrent depression.”

The recordings that encouraged self-compassion were a “compassionate body scan” in which people were guided to attend to bodily sensations with an attitude of interest and calmness; and a “self-focused loving kindness exercise” in which they directed kindness and soothing thoughts to a loved one and themselves.

The three other groups listened to recordings designed to induce a critical inner voice, put them into a “positive but competitive and self-enhancing mode”, or an emotionally neutral shopping scenario.

All the audio recordings were 11 minutes long.

The signs of this were reduced sweat response and heart rate slowed by two to three beats per minute on average, compared to the groups listening to critical voice recordings. The self-kindness groups also showed increased hear rate variability – a sign of a healthy heart that is able to adapt to a range of situations.

Co-author Willem Kuyken, Professor of Clinical Psychology at the University of Oxford, said: “These findings help us to further understand some of our clinical trials research findings, where we show that individuals with recurrent depression benefit particularly from mindfulness-based cognitive therapy when they learn to become more self-compassionate.

“My sense is that for people prone to depression, meeting their negative thoughts and feelings with compassion is a radically different way – that these thoughts are not facts.

“It introduces a different way of being and knowing that is quite transformative for many people.”

The researchers now plan to extend their research by studying the physiological responses in individuals with recurrent depression.

The researchers stress that the study was conducted in healthy people, so their findings do not mean that people with depression would experience the same improvements from one-off exercises. They did not investigate another important feature of self-compassion, the ability to directly repair mood or distress. Further research is necessary to address these two open points.