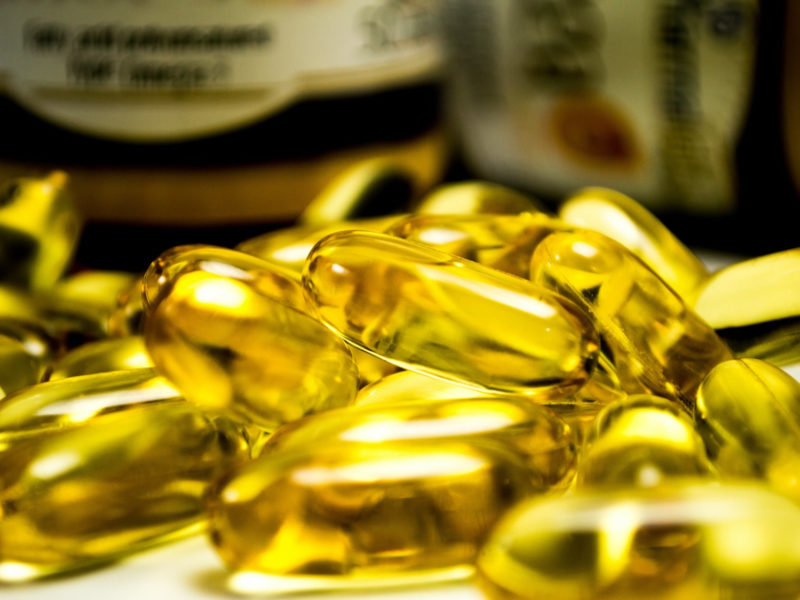 A new study published in Prostaglandins, Leukotrienes, and Essential Fatty Acids shows that people likely need to eat more fish and take an omega-3 supplement to reach a cardioprotective Omega-3 Index level of 8% or higher.

According to lead researcher Kristina Harris Jackson, PhD, RD, the goal of this study was to answer the question: “What combination of (non-fried) fish intake and omega-3 supplement use is associated with a cardioprotective Omega-3 Index level (i.e., 8% or above)?”

In 2018, the American Heart Association (AHA) updated its 2002 recommendations regarding fish and seafood consumption from “…a variety of (preferably oily) fish at least twice a week” to “…1 to 2 seafood meals per week.”

“This apparent downgrade in the recommendation (i.e., removal of ‘preferably oily’ and ‘at least’) was made despite evidence that consuming fish more frequently (such as daily or multiple times per day) may impart even greater cardioprotection,” Dr. Jackson and colleagues pointed out in their latest paper.

“Further, an online commentary by Louis Kuller, MD (University of Pittsburgh) that accompanied the publication of the new AHA guidelines argued that fish intake recommendations should not be one-size-fits-all, but instead be based on the amount needed to achieve cardioprotective blood omega-3 levels,” Dr. Jackson and colleagues explained.

For this new study, Dr. Jackson and her team evaluated blood levels of omega-3s EPA and DHA from almost 3500 people, alongside questions about their fish and supplement intake.

Individuals reporting no fish intake and taking no omega-3 supplements had an average Omega-3 Index of about 4.1%, which reflects the average for most Americans and is considered “deficient.”

At the other extreme, the average Omega-3 Index of people who reported taking a supplement AND eating three fish meals a week was 8.1%, which is the level defined in the research as being “cardioprotective.”

Thus, in a free living setting, Dr. Jackson and her colleagues believe an 8% Omega-3 Index is most likely to be found in people eating at least three “non-fried'” fish meals per week and taking an omega-3 EPA/DHA supplement.

In 2018, data from a pooling project of 10 cohort studies confirmed that individuals with an Omega-3 Index of 8% or higher were 35% less likely to die from cardiovascular disease compared with those having an Omega-3 Index below 4%. Additional research has shown that higher omega-3 blood levels are beneficially related to cognitive function and even overall longevity.

“The AHA currently recommends one to two fish meals per week and it does not recommend supplementation for the general population. In light of our findings, this regimen is unlikely to produce a cardioprotective Omega-3 Index of 8%,” Dr. Jackson explained. “Having dietary recommendations that aim to achieve a target blood level would likely be more effective at reducing the risk for heart disease.”