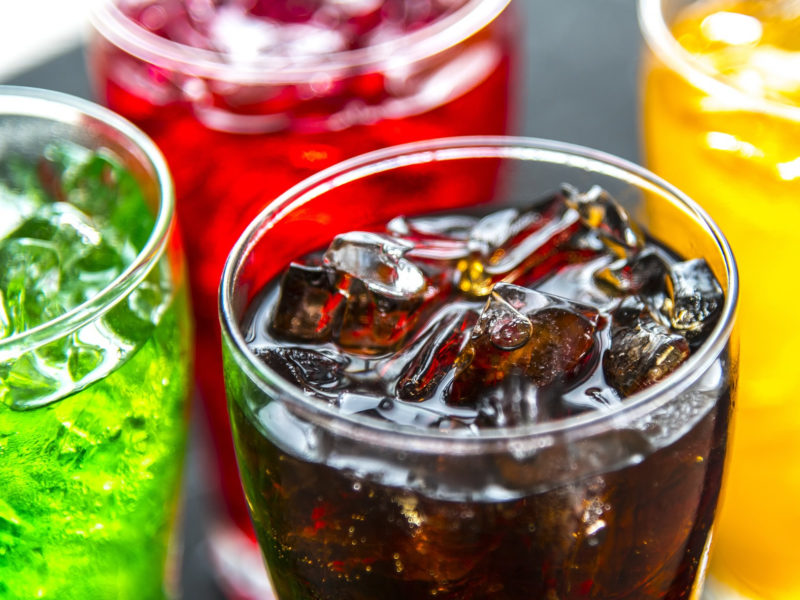 Just as we might have guessed, those tasty, sugar sweetened beverages that increase risk of diabetes and other chronic diseases may actually be addictive. Youth between 13 and 18 years of age who were deprived of sugary drinks for just three days reported headaches, cravings and other withdrawal symptoms, according to a University of California study with researchers from both the Davis and Berkeley campuses.

All 25 participants in this exploratory study reported normally consuming at least three sugar-sweetened beverages a day before the study and were told they were participating in a study exploring “how soda affects teenagers’ health.”

The youths reported the following specific symptoms during the three-day period of cessation from sugary drinks: increased headaches, decreased motivation to do work, lack of contentment and ability to concentrate, cravings for sugary drinks, and lower ratings of overall wellbeing.

The findings were published in an article, “Potentially addictive properties of sugar-sweetened beverages among adolescents,” appearing in the journal Appetite.

“An abundance of research points to sugary drinks as contributing to a number of chronic diseases. Our findings — that these drinks may have addictive properties — make their ubiquitous availability and advertising to youth even more concerning for public health,” said Jennifer Falbe, assistant professor in the Department of Human Ecology in the College of Agricultural and Environmental Sciences at UC Davis and the lead author of the article.

The teens, all overweight, were instructed to consume their normal beverages for five days, then, for three days afterward, to consume only water or plain milk. They were reimbursed for travel and received up to $160 for participation.

Participants, a diverse population living in and around the San Francisco Bay Area, kept beverage journals and reported in to researchers several times during the study. Three quarters of the participants were female. They also submitted saliva samples to test for caffeine intake, which could affect results. Most of the participants were not high caffeine consumers before the study, reducing the likelihood that participants were just suffering from caffeine withdrawal, an established disorder, rather than also reduced sugar intake.

Among nine participants, there were some lapses in compliance, usually due to drinking flavored milk instead of plain milk.

The study noted that results were consistent with previous research that has reported the addictive potential for sugar, a relatively new but burgeoning area with parallels to substance abuse. Additionally, researchers said, the study was needed because sugar-sweetened beverage consumption by teens had increased five-fold since the 1950s, and adolescence is a time for increased susceptibility to addiction. Young people, the report said, consume the largest amounts of sugary beverages and have experienced the greatest relative gains in obesity in the past several decades.

The study may have important implications for public health and should be repeated with a larger sample, the researchers said.

“These results, combined with present and future corroborating evidence, could inform clinical practice around helping adolescents reduce sugar-sweetened beverage intake, have important implications for messaging in public health campaigns, and inform the need for efforts to reduce sugar-sweetened-beverage advertising to youth and those drinks’ availability in and around schools,” the report concluded.