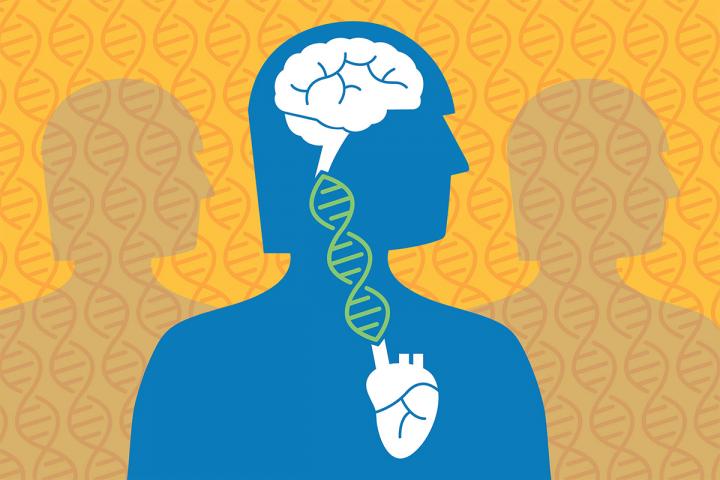 Studying DNA from more than 1.5 million people, an international team of researchers — led by Washington University School of Medicine in St. Louis and the University of California, San Francisco — has identified points of DNA that increase the risk of cardiovascular disease and also heighten the risk for Alzheimer’s disease.

Scientists have long been aware of connections between variations of the APOE gene, which is involved in cholesterol and lipid metabolism, and Alzheimer’s disease. That gene is known to double the risk for Alzheimer’s disease in some patients and increase risk by up to 12 times in others. But in the new study, the researchers identified other DNA points that also appear to be involved both in cardiovascular disease risk and the risk for Alzheimer’s.

The findings are published in the journal Acta Neuropathologica.

“These findings represent an opportunity to consider repurposing drugs that target pathways involved in lipid metabolism,” said Celeste M. Karch, PhD, an assistant professor of psychiatry at Washington University School of Medicine. “Armed with these findings, we can begin to think about whether some of those drugs might be useful in preventing or delaying Alzheimer’s disease “Our study emphasizes that there’s much to learn about how genes driving Alzheimer’s disease risk also increase the risk for other health problems, particularly cardiovascular disease, and vice versa. So we really need to think about these risks more holistically.”

The study is the largest genetic study of Alzheimer’s disease. Karch is one of its co-senior authors, along with Rahul S. Desikan, MD, PhD, an assistant professor of neuroradiology at UC San Francisco. The study’s first author is Iris Broce-Diaz, PhD, a postdoctoral researcher in Desikan’s lab.

They looked at differences in the DNA of people with factors that contribute to heart disease or Alzheimer’s disease and identified 90 points across the genome that were associated with risk for both diseases. Their analysis confirmed that six of the 90 regions had very strong effects on Alzheimer’s and heightened blood lipid levels, including several within genes that had not previously been linked to dementia risk. These included several points within the CELF1/MTCH2/SPI1 region on chromosome 11 that previously had been linked to the immune system.

The researchers confirmed their most promising findings in a large genetic study of healthy adults by showing that these same risk factors were more common in people with a family history of Alzheimer’s, even though they had not themselves developed dementia or other symptoms such as memory loss.

“The genes that influenced lipid metabolism were the ones that also were related to Alzheimer’s disease risk,” Karch said. “Genes that contribute to other cardiovascular risk factors, like body mass index and type 2 diabetes, did not seem to contribute to genetic risk for Alzheimer’s.”

And Desikan said that although more research is needed, the new findings suggest that if the right genes and proteins could be targeted, it may be possible to lower the risk for Alzheimer’s disease in some people by managing their cholesterol and triglycerides.

“These results imply that irrespective of what causes what, cardiovascular and Alzheimer’s pathology co-occur because they are linked genetically. That is, if you carry this handful of gene variants, you may be at risk not only for heart disease but also for Alzheimer’s,” he said.