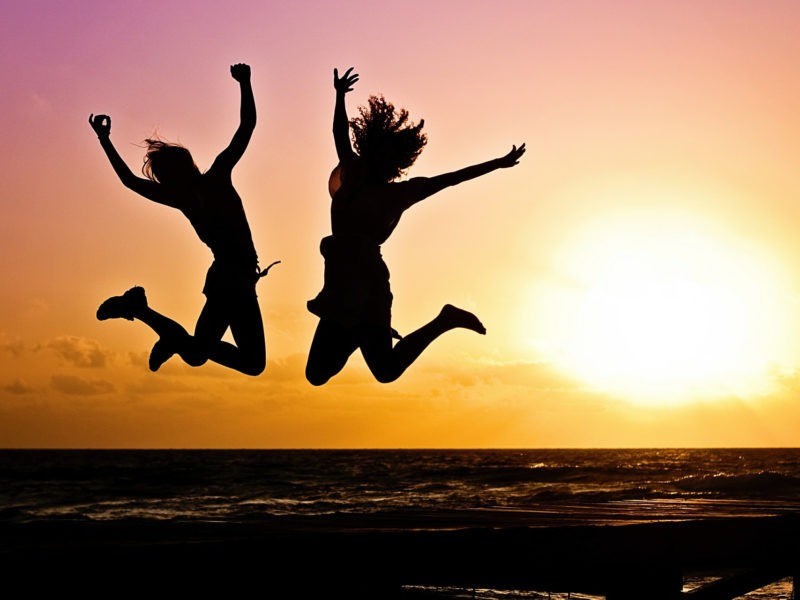 For most people, the sense of happiness derived from a luxurious vacation, a good movie or a tasty dinner at a restaurant may seem short-lived, but what if it were possible to extend these feelings of enjoyment?

Researchers from the University of Minnesota and Texas A&M University decided to explore whether the way people frame their goals for an experience influences how much happiness they glean from the experience over time. They started by questioning whether the traditional approach to setting goals could be limiting the level of happiness for consumers, and their findings will be published in the  Journal of Consumer Psychology.

Prior research has shown that people are more likely to have a sense of well-being if they set specific goals that are concrete and easy to measure–rather than broad, general goals that may be harder to quantify and attain. While this approach may be effective in setting work, exercise or weight loss goals, the researchers hypothesized that this may not be as beneficial when happiness is the goal. In this area of life, general goals may be an advantage because people will be open to experiencing a broader range of positive emotions.

“If people watch a movie with a specific goal like feeling excitement, then they may be less likely to remember the funny or meaningful elements of the movie,” says Rohini Ahluwalia, a professor of marketing at the University of Minnesota and author of the study. “We predicted that people with general goals would engage a broader range of emotions and experience more happiness over time.”

In one experiment, the researchers asked participants to describe an important purchase they had made in the past month. One group described purchases aimed at increasing their level of joy and happiness in life–a general goal. The other two groups described purchases they had made for more specific goals: to become happier by increasing excitement or to become happier by increasing peace of mind and relaxation. Then the participants completed a survey with questions about how much initial happiness they had derived from the purchase. Two weeks later, the participants received an e-mail asking how much their purchase was contributing to their overall happiness, and how aware they were of it at that point in time. They received an e-mail with the same questions six weeks after their initial purchase.

The results from the study showed that although the levels of happiness were equal for the three groups at the initial time of the purchase, those who had more general goals reported more happiness as time passed. The difference between the groups was the most significant six weeks later.

“Our findings suggest that people can change the amount of happiness they get out of an experience,” Ahluwalia says. “A general happiness goal can leave a longer-lasting positive emotional imprint.”

“Although more studies are needed to confirm our findings, these initial results show that we can make small changes in our thinking patterns to help us experience more joy,” Ahluwalia says. “Given that short-lived happiness after experiences is such a common phenomenon, this is an important step in stretching that timeline.”