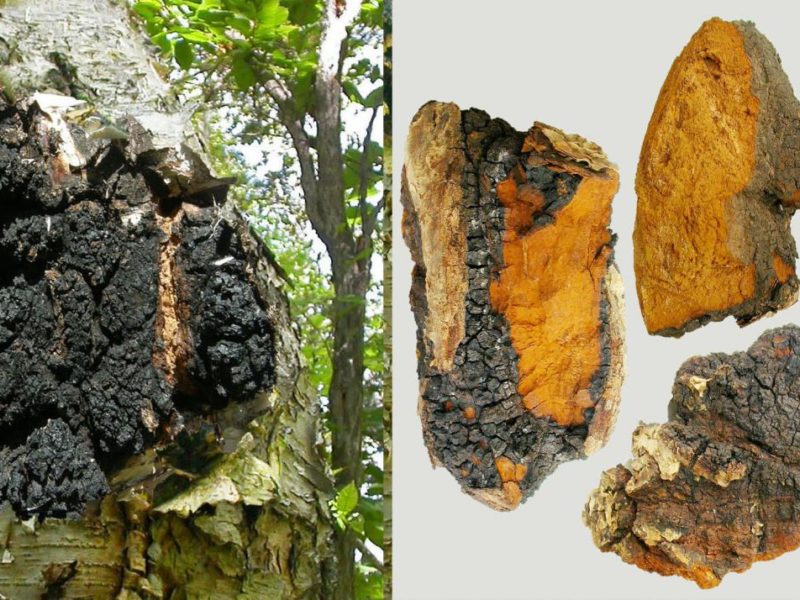 Mushrooms from the Far East area contain the natural chemical compounds, which could be used for the design of the novel drugs with highly specific anti-tumor activities and low-toxicity. These compounds may offer new avenues for oncology, providing us with either stand-alone alternatives to chemotherapy, chemopreventive medicines, or drugs to be used in combination with other therapies.

The international team of scientists from the Far Eastern Federal University (FEFU), University of Lausanne, and Federal Scientific Center of the East Asia Terrestrial Biodiversity FEB RAS describes the available body of research on four fungi species with high anti-cancer potential. The article is published in Oncotarget and contains the list of tumors, which were reported to be promising targets of the fungal compounds. Among them sarcoma, leukemia, rectum and colon cancer, stomach cancer, liver cancer, colon carcinoma and others.

For the purpose of the current study scientists chose mushrooms widely used in Asian and Far Eastern folk medicine: Fomitopsis pinicola, Hericium erinaceus, Inonotus obliquus, and Trametes versicolor. These species of fungi were shown to selectively target certain malignant tumors. The desired effect is achieved thanks to the various bioactive compounds contained in the mushrooms: polyphenols, polysaccharides, glucans, terpenoids, steroids, cerebrosides, and proteins. These substances are not only capable to hit different critical targets within cancer cells levels but also in certain cases to synergistically boost the chemo. Scientists emphasize that four species of fungi were chosen due to the fact that their medicinal properties are relatively well described. Some of them are already actively used for the anti-cancer drugs manufacturing in certain countires. Undoubtedly, there are many other species of fungi that contain chemical compounds to defeat cancer cells.

“In ancient China mushrooms were considered as the most effective treatment for the various types of tumors. Contemporary fungotherapy (treatment by means of mushrooms) represents a promising field for scientific research. The natural chemical compounds contained in fungi have a huge therapeutic and particularly the anti-cancer potential that has not been yet fully studied”, says Professor Vladimir Katanaev, Dr.Habil, Ph.D., Head of the Laboratory of Pharmacology of Natural Compounds of the Department of Pharmacology and Pharmacy of the School of Biomedicine, FEFU.

Another co-PI and corresponding author of this work, director of the center for genomic and regenerative medicine of the School of Biomedicine, FEFU, Alexander Kagansky, notes that despite that the interest in mushrooms studying has been growing exponentially over the past 60 years, about 90% of the fungal species have never been analyzed for their antibiotic and antitumor activities.

“Moreover, the significant part of cancer-related research of fungi deals merely with their toxicity to cancer cells, and the ability to stop the growth and development of cancer cells. The point is that such properties of the fungi compounds are equally detrimental to the healthy cells of the body”, comments on A. Kagansky. According to the scientist, it is necessary to research fungi for the chemical compounds capable of selective, targeted impact on cancer cells.

Vladimir Katanaev notes the importance of further research the immunomodulatory effect of fungi enriched with polysaccharides. According to him, immunomodulation can be attributed to indirect but effective methods of defeating cancer.

The first generation of natural medical compounds from mushrooms’ extracts wasn’t specific and has been applying widely for the therapy of all cancer types without consideration of tumor type properties. Such therapy damaged not only tumor cells but also healthy cells of the body. There were lots of heavy side-effects at times leading to the death of the patient due to the overdose.

Modern approaches to anti-cancer therapy are based on the targeted treatment with minimal or no consequences to the healthy cells and tissues. For this purpose, not only the general therapeutic properties of fungal chemical compounds are investigated but also the ways they differ in their action on different tumours.

The scientists hope that the high potential of the fungi for the anti-cancer therapy showcased in their article will encourage the further research at the junction of oncology and mycology. Currently in the laboratories of the School of Biomedicine (FEFU) led by Vladimir Katanaev and Alexander Kagansky,the new experiments are conducted to reveal the anti-cancer activities of the mushrooms extracts. This work is aimed at creating the new generation of highly specific low-toxic drugs, which could be specifically targeted on different tumor types.