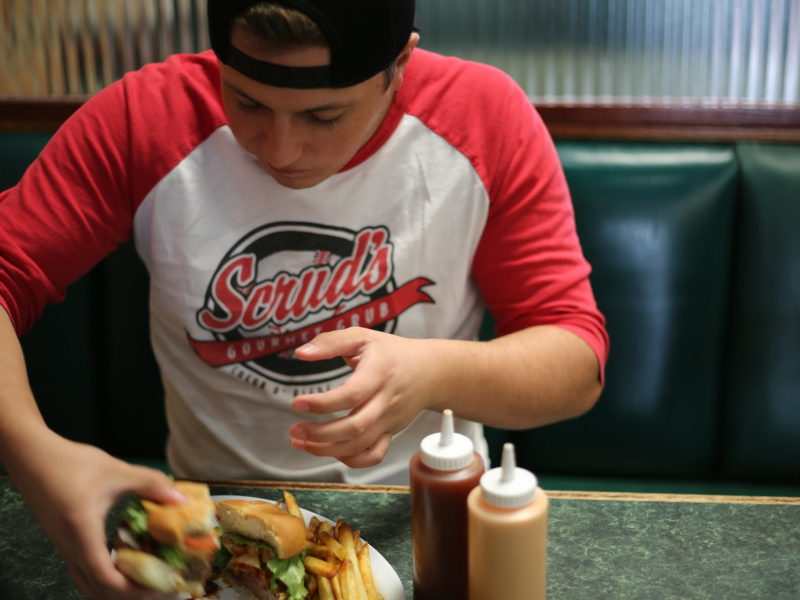 A new study from the University of Waterloo highlights a low level of awareness among youth around the proper precautions they need to take when it comes to handling food.

The study measured 32 different food-handling behaviors among Ontario high school students in grades 10 to 12. It found that fewer than 50 per cent of the recommended practices were followed by students, including basic hand hygiene and procedures to prevent cross-contamination.

“High school students represent the next generation of food handlers, but they are not well studied,” said Ken Diplock, who led the research while at Waterloo. “They are just starting to prepare food on their own and for others, and they’re also beginning to work in the food industry.

“It’s important to get to students before they develop bad habits.”

The researchers observed the students in high school food and nutrition classes three times, once before the students took an Ontario standard food-handling training program, then two weeks and three months later. The program helped them improve their skills significantly, but many students continued to engage in risky behaviours known to lead to food-borne diseases.

The most significant improvement after the training course occurred on thermometer use, which is the only way to determine doneness – how thoroughly cooked a cut of meat is. Student use went from five per cent at the first observation to 36 and 33 per cent in two weeks and three months respectively.

“Even though training programs have important benefits, there are obviously still gaps between knowledge and how food handlers behave,” said Diplock. “Food safety education improves knowledge and behaviour, but unless the values are reinforced in other areas such as home life and society, the behaviours will not always stick.”

In this study, the behaviours remained consistent between the second and third observations, likely because the students were handling food regularly in the presence of teachers, who reinforced what they had learned, said co-author and Public Health Professor Shannon Majowicz.

“We put a lot of emphasis on general food safety education as a way to protect people from getting sick; it could also make a difference if we educate students about safe food handling in high school before they’re young adults living and cooking on their own and for others,” Majowicz said.

Every year, a total of 4 million Canadians (one in eight) are affected by a food-borne illness, according to the Government of Canada.