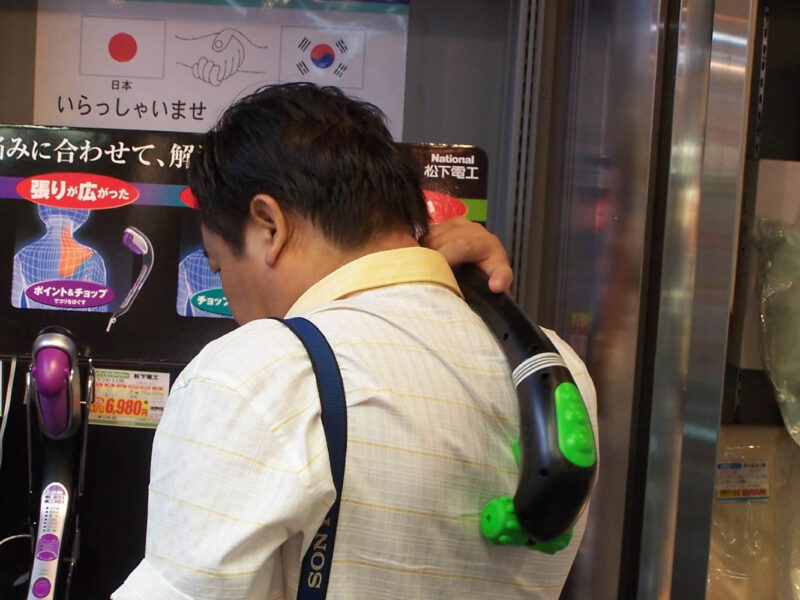 Since more than 3,000 BC, massage has been used to heal sore muscles. Today, many athletes swear to massage guns. These mechanotherapies, which are a combination of massage and relaxation, can actually help with healing from severe injuries. A new Harvard study by researchers from Harvard’s Wyss Institute for Biologically Inspire Engineering and John A. Paulson School of Engineering and Applied Sciences, found that “yes.”

The team used a robotic system to apply consistent, tunable massage compression forces to mice’s legs muscles. They found that mechanical loading (ML), quickly cleared out neutrophils from severely damaged muscle tissue using a custom-designed robotic system. The process also eliminated inflammatory cytokines from the muscles that were released by neutrophils, which enhanced the process of fiber regeneration. This research was published in Science Translational Medicine.

“Lots of people have been trying to study the beneficial effects of massage and other mechanotherapies on the body, but up to this point it hadn’t been done in a systematic, reproducible way. Our work shows a very clear connection between mechanical stimulation and immune function. This has promise for regenerating a wide variety of tissues including bone, tendon, hair, and skin, and can also be used in patients with diseases that prevent the use of drug-based interventions,” said first author Bo Ri Seo, Ph.D., who is a Postdoctoral Fellow in the lab of Core Faculty member Dave Mooney, Ph.D. at the Wyss Institute and SEAS.

Seo and her coauthors began investigating the effects of mechanotherapy upon injured tissues in mice many years ago. They found that it doubled muscle regeneration and decreased tissue scarring over a period of two weeks. The team was excited by the possibility that mechanical stimulation could foster regeneration and improve muscle function. They decided to investigate further and determine the best parameters to maximize healing.

The Harvard Biodesign Lab soft robotics experts, led by Conor Walsh (Wyss Associate Faculty member), created a small device that controlled the force being applied to the limbs of mice using sensors and actuators. Christopher Payne, Ph.D., co-second author, said that the device allows them to control precisely parameters such as the frequency and amount of force applied, which allows for a more systematic approach to understanding the healing process than with a manual approach. He is also a former Postdoctoral Fellow in the Wyss Institute, Harvard Biodesign Lab, and now a Robotics Engineer at Viam, Inc.

The team tested the device by applying force to the legs of mice using a soft silicone tip. They also used ultrasound to examine the response to this force. The muscles felt a strain between 10-40%. This confirmed that the tissues were subject to mechanical force. The ultrasound imaging data was also used to validate a computational model that could predict tissue strain under different loading forces.

For 14 days, they continued to apply constant, repetitive force to the injured muscles. Both treated and untreated muscles showed a decrease in damaged muscle fibers. However, the treatment resulted in a greater reduction and a larger cross-sectional area for the fibers in the treated muscle. This indicates that treatment has led to stronger recovery and repair. Mechanotherapy can improve muscle recovery after injury by increasing the force used. How?

The scientists did a thorough biological assessment to answer this question. They analyzed a variety of inflammation-related factors, including chemokines and cytokines, in treated and untreated muscles. After three days of mechanotherapy, a subset of cytokines in treated muscles was significantly lower. These cytokines were associated with the movement immune cells known as neutrophils and play many roles in inflammation. The treatment muscles had less neutrophils than the untreated ones, which suggests that there was a decrease in neutrophil infiltration due to a reduction in cytokines that attract them.

The mechanotherapy applied force to the muscle, causing the neutrophils and other cytokines to escape from the damaged tissue. This was the hypothesis of the team. The team tested this theory by injecting fluorescent chemicals into the muscles. They observed that the molecules moved more strongly with force application. This supports the idea that it helps to flush out the muscle tissue.

The scientists did in vitrostudies to determine the effect of neutrophils and associated cytokines on the regeneration of muscle fibers. They grew muscle progenitor cell (MPC) in an environment that had been used for neutrophil growth. The scientists found that MPCs were more abundant than they were previously. However, the MPCs did not differentiate at a faster rate. This suggests that while neutrophil-secreted substances stimulate muscle cell growth, their prolonged presence impairs the production and development of new muscle fibers.

“Neutrophils are known to kill and clear out pathogens and damaged tissue, but in this study we identified their direct impacts on muscle progenitor cell behaviors,” said co-second author Stephanie McNamara, a former Post-Graduate Fellow at the Wyss Institute who is now an M.D.-Ph.D. student at Harvard Medical School (HMS). “While the inflammatory response is important for regeneration in the initial stages of healing, it is equally important that inflammation is quickly resolved to enable the regenerative processes to run its full course.”

Seo and her coworkers then returned to their in vivomodel, and analyzed the types of muscle fibers found in the untreated and massage treated mice 14 days after injury. The researchers found that type IIX fibres were present in both healthy and injured muscles, while untreated muscle had a lower number of type IIX and more type IIA fibers. This is why treated muscles have larger fibers and more force, because IIX fibers are stronger than IIA fibers.

The team finally found the best time to reduce neutrophil presence in injured muscles by depleting the neutrophils in mice three days after injury. The muscles of massage treated mice had larger fibers and stronger recovery than untreated mice. This confirms that neutrophils are important in the early stages of injury recovery. However, it is better to get them out of the injury site earlier.

These findings are extraordinary because they show that we can influence how the body’s immune function in a drug-free and non-invasive manner,” Walsh, said. Walsh is also the Paul A. Maeder professor of Engineering at SEAS and whose team is skilled in developing wearable technology to diagnose and treat disease. This is a great motivator for the development and application of mechanical massage interventions that help to accelerate and improve tissue and muscle healing. These interventions could be quickly translated into the clinic.

This line of research is being explored by the team with several projects in the laboratory. They will validate the mechanotherpeutic approach on larger animals in order to be able to prove its effectiveness on humans. They plan to also test it for different types of injuries, age related muscle loss, and performance enhancement.

Mooney is the corresponding author and Robert P. Pinkas Family Professor in Bioengineering at SEAS.

“The idea that mechanics influence cell and tissue function was ridiculed until the last few decades, and while scientists have made great strides in establishing acceptance of this fact, we still know very little about how that process actually works at the organ level. This research has revealed a previously unknown type of interplay between mechanobiology and immunology that is critical for muscle tissue healing, in addition to describing a new form of mechanotherapy that potentially could be as potent as chemical or gene therapies, but much simpler and less invasive,” said Wyss Founding Director Don Ingber, M.D., Ph.D., who is also the Judah Folkman Professor of Vascular Biology at (HMS) and the Vascular Biology Program at Boston Children’s Hospital, as well as Professor of Bioengineering at SEAS.