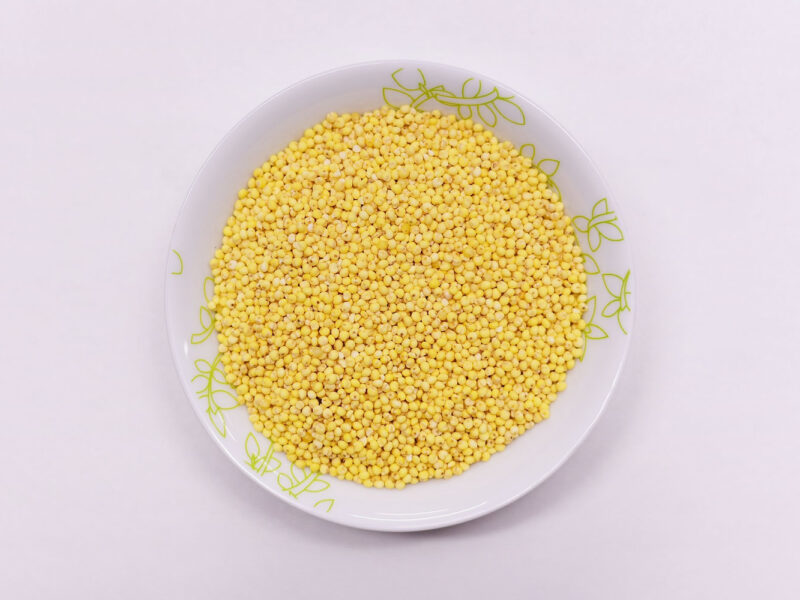 A new study found that millets may reduce total cholesterol, triacylglycerols (commonly referred to as triglycerides), and BMI. It was based on data from 19 studies that included nearly 900 participants. International Crops Research Institute of the Semi-Arid Tropics (ICRISAT) led the latest study.

Frontiers in Nutrition published the results. They provide the scientific backing that is crucial to the efforts to popularize and bring back millets to diets as staples to combat obesity and overweight in children, teens, and adults.

Consuming millets decreased total cholesterol by 8%. This resulted in a drop from normal to high levels for the participants. The blood levels of triacylglycerol and low- and very-low-density lipoprotein cholesterol decreased by almost 10%. These reductions led to levels that were normal or slightly higher than usual. Consuming millets also decreased blood pressure, with the diastolic blood pressure decreasing by 5%.

Dr. S Anitha is the lead author of the study and Senior Nutritionist at ICRISAT. She explained that she was surprised by the amount of studies on the effects of millets on elements which impact on cardiovascular diseases. This is the first time that anyone has compiled all of these studies and analyzed the data to determine the significance of the effect. The meta-analysis showed a strong positive effect on cardiovascular risk factors.

These results are influenced in part by comparisons showing that millets have much higher levels of unsaturated fat acids than refined wheat or milled rice, and 2-10 times more than whole grain wheat.

“This latest review further emphasizes the potential of millets as a staple crop that has many health benefits. It also strengthens the evidence that eating millet can contribute to better cardiovascular health by reducing unhealthy cholesterol levels and increasing the levels of whole grains and unsaturated fats in the diet,” said Professor Ian Givens, co-author of this study and Director of University of Reading’s Institute of Food, Nutrition and Health in the UK.

“Obesity and being overweight are increasing globally in both wealthy and poorer countries, so the need for solutions based on healthier diets is critical. This new information on the health benefits of millets further supports the need to invest more in the grain, including in its whole value chain from better varieties for farmers through to agribusiness developments,” stated Dr Jacqueline Hughes (Director General, ICRISAT).

This study identified several priority areas for future research, including the need to study all types of millets, identify any differences between them, and understand the various types of cooking and processing millets. Also, the impact of these factors on cardiovascular health. A more thorough analysis of the effects of millets on weight management would be recommended, given the positive results to date. To gain a better understanding of the effects millets consumption has on hyperlipidemia, and cardiovascular disease, it is recommended that all relevant parameters be evaluated.

The study recommends that the government and industry support efforts to diversify staples using millets, particularly in Asia and Africa. Millets are resilient and climate-smart, so returning to this staple is a smart move that could help address some major health problems,” stated Ms Joanna Kane Potaka, co-author and Executive director of the Smart Food initiative at ICRISAT.