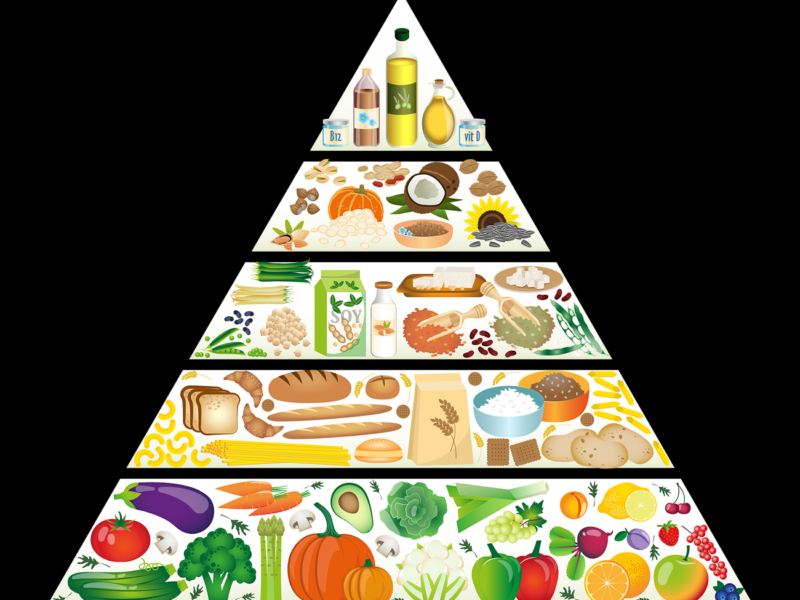 Plant protein foods – such as legumes, beans, and nuts – may provide vital nourishment using a small fraction of the land necessary to produce milk and meat. By changing to those foods, a lot of the remaining land could support ecosystems that absorb CO2, according to a new research appearing in the journal Nature Sustainability.

In their analysis, the researchers examined and mapped regions where extensive production of animal-sourced food, which necessitates 83 percent of Earth’s agricultural land, suppresses native vegetation, including forests.

The analysis highlights places where altering what people grow and eat can free up space for ecosystems to regrow, offsetting our CO2 emissions.

“The greatest potential for forest regrowth, and the climate benefits it entails, exists in high- and upper-middle income countries, places where scaling back on land-hungry meat and dairy would have relatively minor impacts on food security,” says Matthew Hayek, the primary author of this study and an assistant professor in New York University’s Department of Environmental Studies.

When warming reaches 1.5 °C (2.7 °F) above pre-industrial amounts, more severe impacts such as droughts and sea level rise are expected. Scientists explain just how much fossil fuel we can burn before hitting that limitation using the international “carbon budget.”

According to the authors’ findings, vegetation regrowth could remove as much as 9 to 16 years of global fossil fuel CO2 emissions, even if demand for meat have been to drastically plummet in the coming decades along with its massive land requirements. That much CO2 removal could double Earth’s rapidly shrinking carbon budget.

“We can think of shifting our eating habits toward land-friendly diets as a supplement to shifting energy, rather than a substitute,” says Hayek. “Restoring native forests could buy some much-needed time for countries to transition their energy grids to renewable, fossil-free infrastructure.”

The report was designed to help locally tailored plans for mitigating climate change. Although meat consumption in most countries continues to rise, increasing meat production remains crucial in some areas.

These considerations will be important as states attempt to develop their economies sustainably, according to Colorado State University’s Nathan Mueller, one of the study’s co-authors.

“Land use is all about tradeoffs,” explains Mueller, an assistant professor in the Department of Ecosystem Science and Sustainability and the Department of Soil and Crop Sciences. “While the potential for restoring ecosystems is substantial, extensive animal agriculture is culturally and economically important in many regions around the world. Ultimately, our findings can help target places where restoring ecosystems and halting ongoing deforestation would have the largest carbon benefits.”

Recent proposals to cover much of Earth’s surface in forests have generated controversy as a climate solution. Physically planting upwards of a trillion trees will demand a substantial physical work. Furthermore, bad preparation could promote uniform tree plantations, limit biodiversity, or deplete dwindling water. Challenges lie at finding enough area to keep trees protected from logging or burning later on, releasing stored carbon back into the atmosphere as CO2.

On the other hand, the researchers kept these potential problems in your mind when devising their study.

“We only mapped areas where seeds could disperse naturally, growing and multiplying into dense, biodiverse forests and other ecosystems that work to remove CO2¬ for us,” Hayek says. “Our results revealed over 7 million square kilometers where forests would be wet enough to regrow and thrive naturally, collectively an area the size of Russia.”

Technological fixes for climate change may soon be on the horizon.

“Restoring native vegetation on large tracts of low yield agricultural land is currently our safest option for removing CO2,” says Harwatt. “There’s no need to bet our future solely on technologies that are still unproven at larger scales.”

However, the benefits of cutting back on milk and meat reach far beyond addressing climate change.

And quantity, wildlife habitat, and biodiversity,” notes William Ripple, a co-author on the study and a professor of ecology at Oregon State University.

Recent events have also shone a spotlight on the importance of Healthy ecosystems in preventing pandemic ailments with animal origins.

“We now know that intact, functioning ecosystems and appropriate wildlife habitat ranges help reduce the risk of pandemics,” Harwatt adds. “Our research shows that there is potential for giving large areas of land back to wildlife. Restoring native ecosystems not only helps the climate; when coupled with reduced livestock populations, restoration reduces disease transmission from wildlife to pigs, chickens, and cows, and ultimately to humans.”