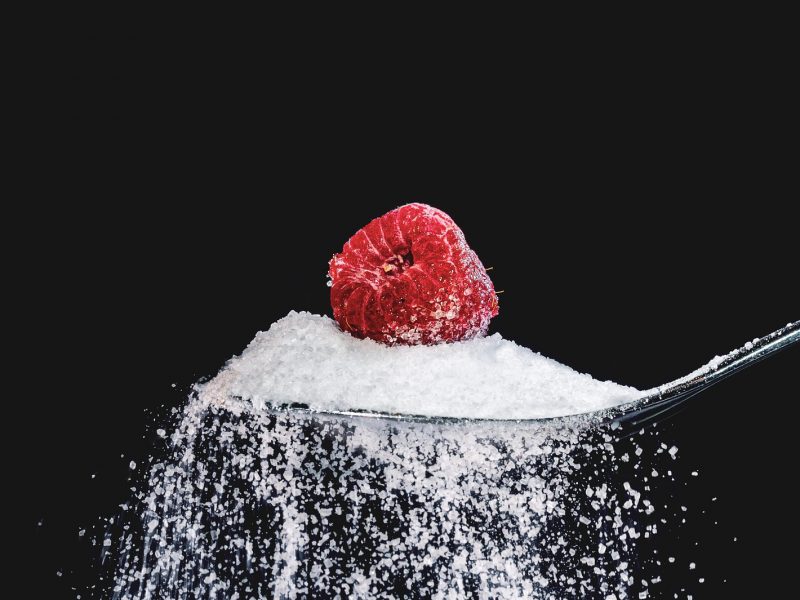 The idea of food addiction is a very controversial topic among scientists. Researchers from Aarhus University have delved into this topic and examined what happens in the brains of pigs when they drink sugar water. The conclusion is clear: sugar influences brain reward circuitry in ways similar to those observed when addictive drugs are consumed. The results have just been published in the journal Scientific Reports.

Anyone who has desperately searched their kitchen cabinets for a piece of forgotten chocolate knows that the desire for palatable food can be hard to control. But is it really addiction?

“There is no doubt that sugar has several physiological effects, and there are many reasons why it is not healthy. But I have been in doubt of the effects sugar has on our brain and behaviour, I had hoped to be able to kill a myth. ” says Michael Winterdahl, Associate Professor at the Department of Clinical Medicine at Aarhus University and one of the main authors of the work.

The publication is based on experiments done using seven pigs receiving two liters of sugar water daily over a 12-day period. To map the consequences of the sugar intake, the researchers imaged the brains of the pigs at the beginning of the experiment, after the first day, and after the 12th day of sugar.

“After just 12 days of sugar intake, we could see major changes in the brain’s dopamine and opioid systems. In fact, the opioid system, which is that part of the brain’s chemistry that is associated with well-being and pleasure, was already activated after the very first intake,” says Winterdahl.

When we experience something meaningful, the brain rewards us with a sense of enjoyment, happiness and well-being. It can happen as a result of natural stimuli, such as sex or socializing, or from learning something new. Both “natural” and “artificial” stimuli, like drugs, activate the brain’s reward system, where neurotransmitters like dopamine and opioids are released, Winterdahl explains.

We chase the rush

“If sugar can change the brain’s reward system after only twelve days, as we saw in the case of the pigs, you can imagine that natural stimuli such as learning or social interaction are pushed into the background and replaced by sugar and/or other ‘artificial’ stimuli. We’re all looking for the rush from dopamine, and if something gives us a better or bigger kick, then that’s what we choose” explains the researcher.

When examining whether a substance like sugar is addictive, one typically studies the effects on the rodent brain. ¨It would, of course, be ideal if the studies could be done in humans themselves, but humans are hard to control and dopamine levels can be modulated by a number of different factors. They are influenced by what we eat, whether we play games on our phones or if we enter a new romantic relationship in the middle of the trial, with potential for great variation in the data. The pig is a good alternative because its brain is more complex than a rodent and gyrated like human and large enough for imaging deep brain structures using human brain scanners. The current study in minipigs introduced a well-controlled set-up with the only variable being the absence or presence of sugar in the diet.