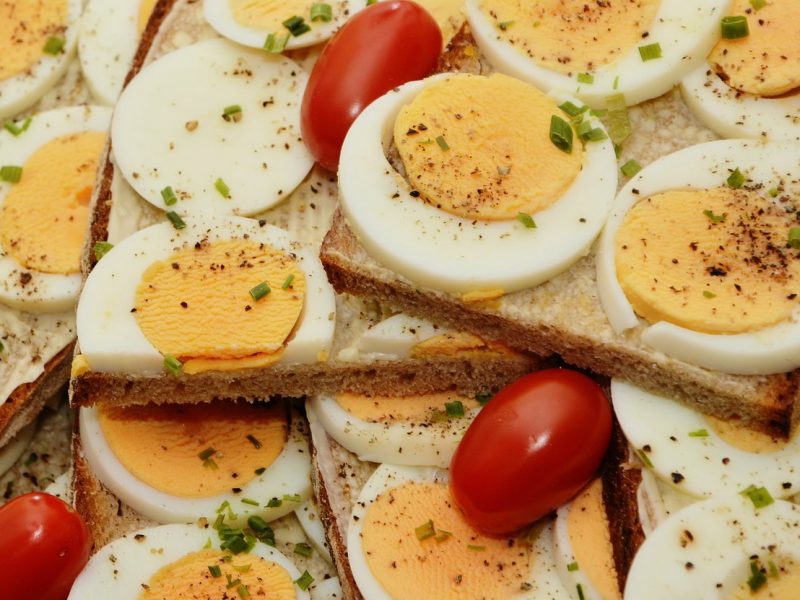 Cancel the cheese omelet. There is sobering news for egg lovers who have been happily gobbling up their favorite breakfast since the 2015-2020 Dietary Guidelines for Americans no longer limited how much dietary cholesterol or how many eggs they could eat.

A large, new Northwestern Medicine study reports adults who ate more eggs and dietary cholesterol had a significantly higher risk of cardiovascular disease and death from any cause.

“The take-home message is really about cholesterol, which happens to be high in eggs and specifically yolks,” said co-corresponding study author Norrina Allen, associate professor of preventive medicine at Northwestern University Feinberg School of Medicine. “As part of a healthy diet, people need to consume lower amounts of cholesterol. People who consume less cholesterol have a lower risk of heart disease.”

The study is published in JAMA.

An adult in the U.S. gets an average of 300 milligrams per day of cholesterol and eats about three or four eggs per week.

The study findings mean the current U.S. dietary guideline recommendations for dietary cholesterol and eggs may need to be re-evaluated, the authors said.

The evidence for eggs has been mixed. Previous studies found eating eggs did not raise the risk of cardiovascular disease. But those studies generally had a less diverse sample, shorter follow-up time and limited ability to adjust for other parts of the diet, Allen said.

“Our study showed if two people had exact same diet and the only difference in diet was eggs, then you could directly measure the effect of the egg consumption on heart disease,” Allen said. “We found cholesterol, regardless of the source, was associated with an increased risk of heart disease.”

Exercise, overall diet quality and the amount and type of fat in the diet didn’t change the association between the dietary cholesterol and cardiovascular disease and death risk.

The new study looked at pooled data on 29,615 U.S. racially and ethnically diverse adults from six prospective cohort studies for up to 31 years of follow up.

Should I stop eating eggs?

Based on the study, people should keep dietary cholesterol intake low by reducing cholesterol-rich foods such as eggs and red meat in their diet.

But don’t completely banish eggs and other cholesterol-rich foods from meals, Zhong said, because eggs and red meat are good sources of important nutrients such as essential amino acids, iron and choline. Instead, choose egg whites instead of whole eggs or eat whole eggs in moderation.

“We want to remind people there is cholesterol in eggs, specifically yolks, and this has a harmful effect,” said Allen, who cooked scrambled eggs for her children that morning. “Eat them in moderation.”

How the study was conducted

Diet data were collected using food frequency questionnaires or by taking a diet history. Each participant was asked a long list of what they’d eaten for the previous year or month. The data were collected during a single visit. The study had up to 31 years of follow up (median: 17.5 years), during which 5,400 cardiovascular events and 6,132 all-cause deaths were diagnosed.

A major limitation of the study is participants’ long-term eating patterns weren’t assessed.

“We have one snapshot of what their eating pattern looked like,” Allen said. “But we think they represent an estimate of a person’s dietary intake. Still, people may have changed their diet, and we can’t account for that.”