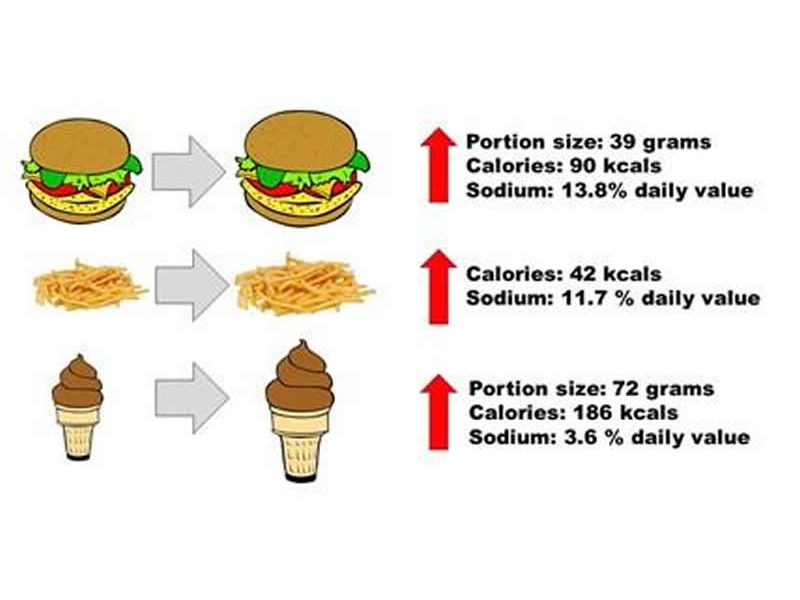 Changes in food variety, portion size, dietary energy, and selected micronutrients are potentially fueling the obesity epidemic, according to a new study published in the Journal of the Academy of Nutrition and Dietetics

Despite the addition of some healthful menu items, fast food is even more unhealthy for you than it was 30 years ago. An analysis of the offerings at 10 of the most popular US fast-food restaurants in 1986, 1991, and 2016, published in the Journal of the Academy of Nutrition and Dietetics, demonstrates that fast-food entrees, sides, and desserts increased significantly in calories and sodium and entrees and desserts in portion size over time. It also shows that while the variety of entree, sides, and dessert options soared by 226 percent, new or discontinued items tended to be less healthy than those available throughout the study period.

“Our study offers some insights on how fast food may be helping to fuel the continuing problem of obesity and related chronic conditions in the United States. Despite the vast number of choices offered at fast-food restaurants, some of which are healthier than others, the calories, portion sizes, and sodium content overall have worsened (increased) over time and remain high,” said lead investigator Megan A. McCrory, PhD, Department of Health Sciences, Sargent College, Boston University, Boston, MA.

Fast-food restaurants are on the rise around the world. In the US, about 37 percent of adults (aged >20 years) consume fast foods on any given day, and that increases to 45 percent for adults aged 20-39. One meal with an entree and side provides an average of 767 kcals, or close to 40 percent of a 2,000-calorie a day diet. Add a caloric beverage, and the amount increases to 45-50 percent of a person’s daily calorie intake. Dr. McCrory noted, “Given the popularity of fast food, our study highlights one of the changes in our food environment that is likely part of the reason for the increase in obesity and related chronic conditions over the past several decades, which are now among the main causes of death in the US.”

Dr. McCrory and colleagues examined changes over the 30-year period from 1986 to 2016 in energy, portion size, energy density, sodium, iron, and calcium of menu items in entrees, sides, and desserts categories offered by 10 of the top fast-food restaurants (according to sales). Data were collected using The Fast Food Guide, published in 1986 and 1991, and online sources in 2016. The most significant findings were:

The change in calcium and iron levels in some of the menu categories, in particular desserts, is a positive development since these nutrients are important for good bone mass and preventing anemia. However, the investigators stress that there are better sources that do not come with high calories and sodium. Dr. McCrory expressed a hope that the study’s findings would lead to higher awareness and creative solutions. “We need to find better ways to help people consume fewer calories and sodium at fast-food restaurants. The requirement that chain restaurants display calories on their menus is a start. We would like to see more changes, such as restaurants offering smaller portions at a proportional prices,” she concluded.